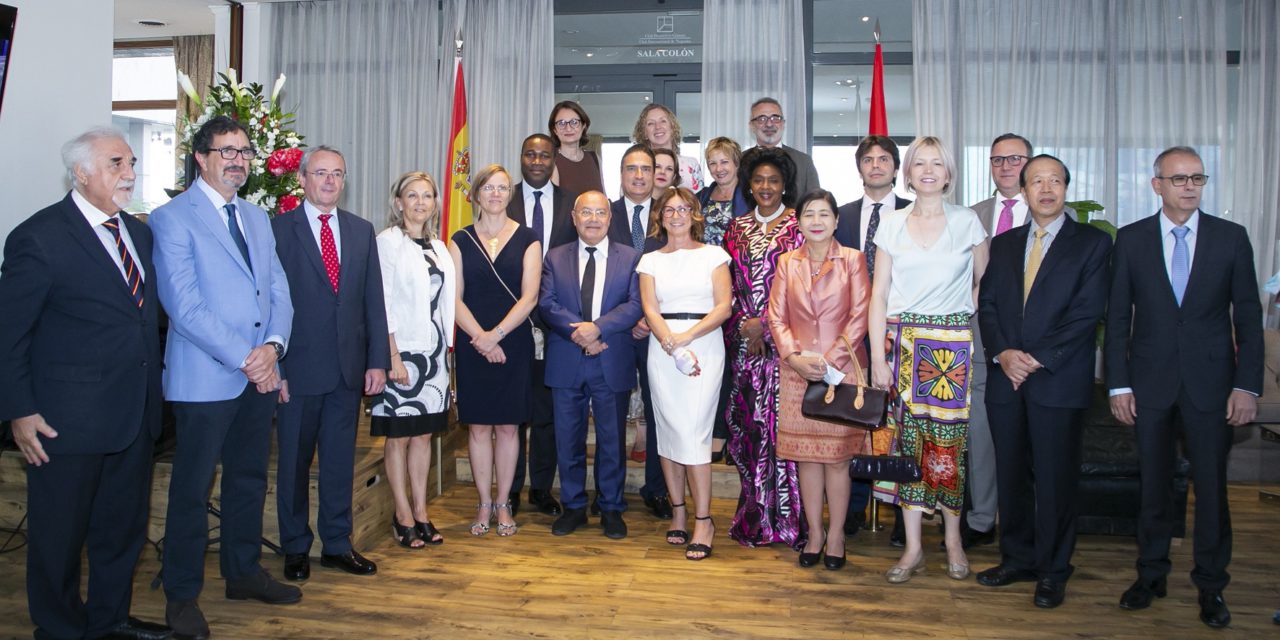 Monaco’s Embassy in Spain celebrated the anniversary of the Accession of HSH Prince Albert II, at the Club Financiero Genova in the centre of Madrid.

Nearly 200 guests were welcomed by HE Mrs. Catherine Fautrier-Rousseau and her husband, including a large number of Ambassadors, senior representatives of ministries and Spanish institutions, but also several representatives of International Organisations based in Spain and managers of large Spanish companies.

Monegasques and friends of Monaco residing in the Madrid region as well as members of the Board of Directors of the Prince Albert II Foundation were also invited.

After recalling the centuries-old ties maintained between the Principality of Monaco and Spain, the Ambassador spoke of the Covid-19 crisis and the conflict between Russia and Ukraine, among other topics.