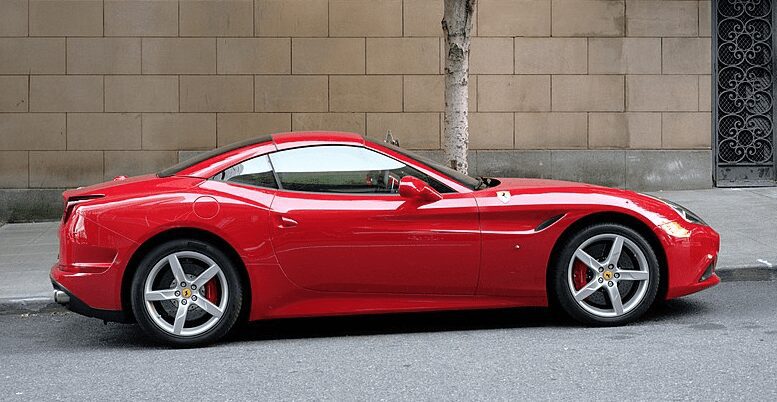 A Ferrari California was stolen from Eze in March this year after the owner called a Uber to go to Nice to see friends.

The victim discovered the loss of a bunch of keys at the end of the evening, including keys to his apartment.

The police found the car next day in Cagnes-sur-mer, slightly damaged and the Uber driver was detained.

Four people have been arrested and the Uber driver has been remanded in custody until a court hearing expected at the end of July.

FILE PHOTO: A Ferrari California, valued at about 140,000 euros