Leclerc ‘more than frustrated’ after Ferrari double-DNF in Baku 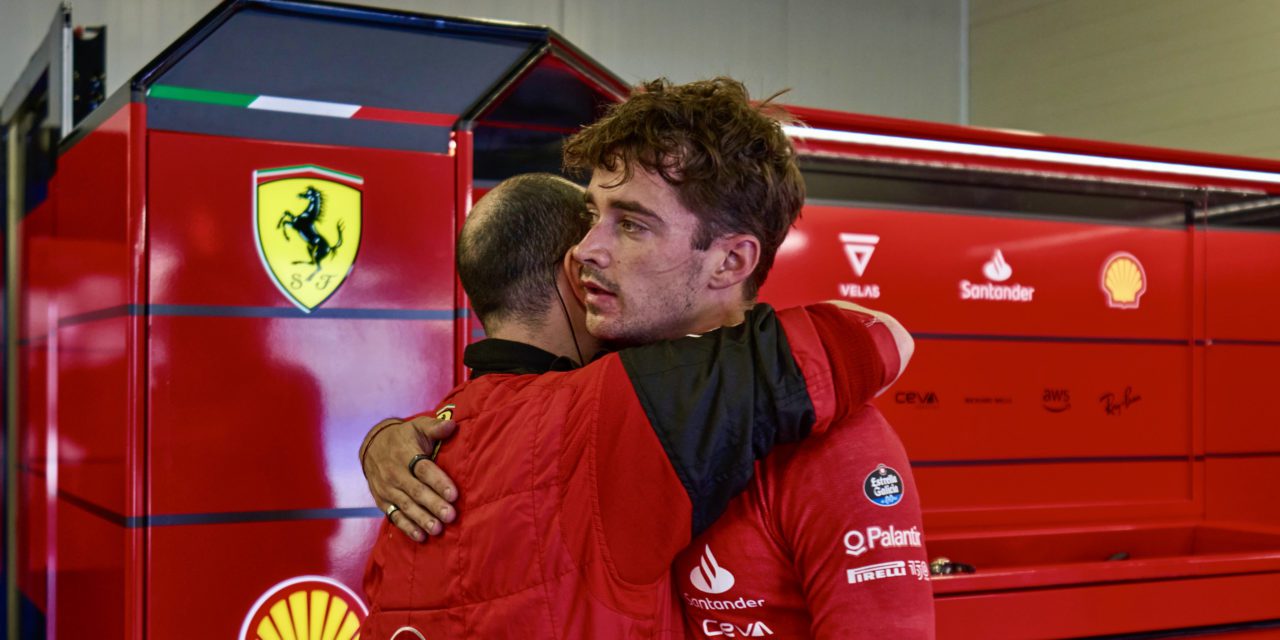 The Scuderia Ferrari team’s ill-fate seems to not have run out just yet, as neither driver was able to finish the Azerbaijan Grand Prix at the infamous Baku City Circuit.

Carlos Sainz was the first to drop out of the race, just nine laps in, as a hydraulics failure took the otherwise speedy Spaniard out of the running while he was in fourth.

Meanwhile, pole-sitter Charles Leclerc had managed to regain the lead before his engine blew out, forcing the understandably frustrated Monegasque into retirement from a race that he had under control.

To add salt to the burn, The Red Bull duo of Max Verstappen and Sergio Perez crossed the line in first and second place respectively, extending Red Bull’s lead over Ferrari in the Constructors standings to 80 points.

“I am more than frustrated, obviously,” said Leclerc. “The first stint in the beginning, we weren’t particularly strong, but towards the end of the stint on the medium I was catching back Checo… we were in the lead of the race, I was managing the tyres well, we just had to manage the tyres and the race till the end, which I think was… we were definitely in the best position possible to do that. Another DNF – it hurts… We really need to look into that for it to not happen again.”

Leclerc now falls to third place in the Drivers’ standings, behind Perez in second, and Verstappen in an increasingly more comfortable lead. When asked about the significance of yet another DNF, Leclerc said “It’s more than a significance. I don’t really have the words to be honest, I came straight from the car to here. It is just a huge disappointment and I just hope we can jump back from it, and to be on top of those things.”

This is his second major power unit issue in three races, and the previous race saw Leclerc lose the lead on his home circuit of Monaco as a result of a ludicrous team call, so with the drivers title ever so slowly slipping away, it is no wonder that Leclerc is “more than frustrated.”

At the end of a race to forget for the Scuderia, Mercedes’ George Russell completed the podium in third place, and fan-voted ‘Driver of the Day’ Lewis Hamilton finished in fourth place, despite having started in tenth.

Formula 1 now sets its sights on the returning Canadian GP, set for a race on Sunday, June 19.