“I love the ease with which we can move around,” says Vanessa 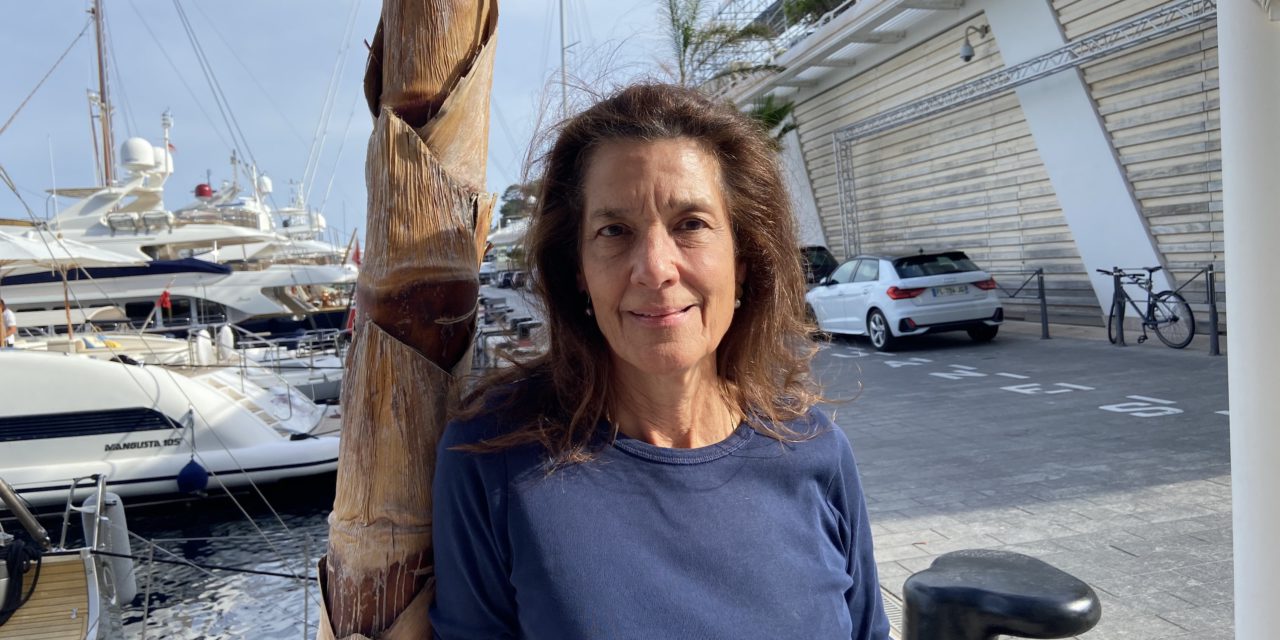 “Every year the British Association of Monaco (BAM) has always made sure that British and Commonwealth residents celebrate the Queen’s official birthday – the exception being 2020.

This year, of course, is such a special year and the team have put in a lot of work to ensure that we can celebrate the Queen’s 70th year in style.

Guests range from our members and their guests and include many nationalities – everyone wants to celebrate. We are expecting over a hundred guests on Thursday and the event is now sold out. We also have some VIPs attending.”

Vanessa Ilsley started with BAM in 2002.  She has been on and off the committee since then – as vice president, events chair and President from 2014 -2018, when she decided it was time to step down.  She has recently rejoined the committee and is a devoted member.

“The association was created to support those in need after the first war.  Despite people thinking Monaco is for the rich, there are many British residents who live on their pensions and need some financial help.  BAM is there to give support, both moral and financial and there is a team of volunteers who make regular hospital visits.  These are a vital part of the association.  BAM is the only association that supports its residents in this way.”

Vanessa is a true Londoner, born and bred, and grew up in Chelsea where her father was a policeman.

“My early aspiration was to be an archaeologist but this was dispensed with once I knew camping was the norm!  In my mid 20s I started a part time law degree during the evening and then, with a career change, qualified as a Chartered Secretary.  This qualification has been very useful in Monaco as I carry out several roles as administrator for various charities.”

Vanessa first came to Monaco in the late 1980s when she worked for a Lebanese company but never thought she would be living here.  She met her husband Ian on a blind date in 1994 and moved here in 1995. Ian was already a resident of Monaco.

The beginnings were not easy. “I was no longer an employed person – I had a lot of free time and in those days Monaco was a much simpler place than now. Carrefour was the highlight of my day!  Not being occupied is a negative aspect in Monaco – it can be tough on newcomers – especially if you don’t speak the language.”

She eventually started to work at her husband’s office helping out with clients and  slowly took on roles with different associations – BAM, The Institute of Directors, Outward Bound Monaco.

The OBM is a part of The Outward Bound Trust with the core belief in the power and magic of learning through adventure in the wild – as a means of bringing out the best in young people.

“I have been with OBM for over 10 years as Administrator and Family Liaison – I love working with the students and seeing how much they benefit from experience.  We have had a few incidents over the years which caused me sleepless nights, but all in all the association has been going from strength to strength until 2020 when all courses were cancelled.  We currently have 23 students booked for this summer. The association will be celebrating its 20th year in 2024.”

Being involved in the different associations she has met many interesting people with like-minded goals: “To make a difference, be it young people, sick people or changing the world.”

Very active in the social life of Monaco, Vanessa claims she doesn’t really have a favourite pastime: “I have always enjoyed some sport activity and continue to do Pilates; I also have two dogs Sizzle and Domino which need walking and to me – this is my ‘yoga’.  I have met many people through the dogs – other parents and sometimes the odd celebrity!  Being part of this community makes me tick.  There is no doubt Monaco is special.”

From the time she has first arrived she has seen some impressive changes, too. “The building work has been major since I arrived in 1995. The beach has changed dramatically from very simple to what is now quite an impressive area. The Grimaldi Forum was a hole in the ground when I arrived!  There has been a big change in the residents from many tax exiles to a real live working community.”

Despite tough beginnings Vanessa is a very happy resident and a vital part of Monaco’s community of which she is very fond. “I love the ease with which we can move around, and the security aspects, especially when the children were young.  I have a son and daughter who grew up here.  For such a small place Monaco offers a great deal to residents.”