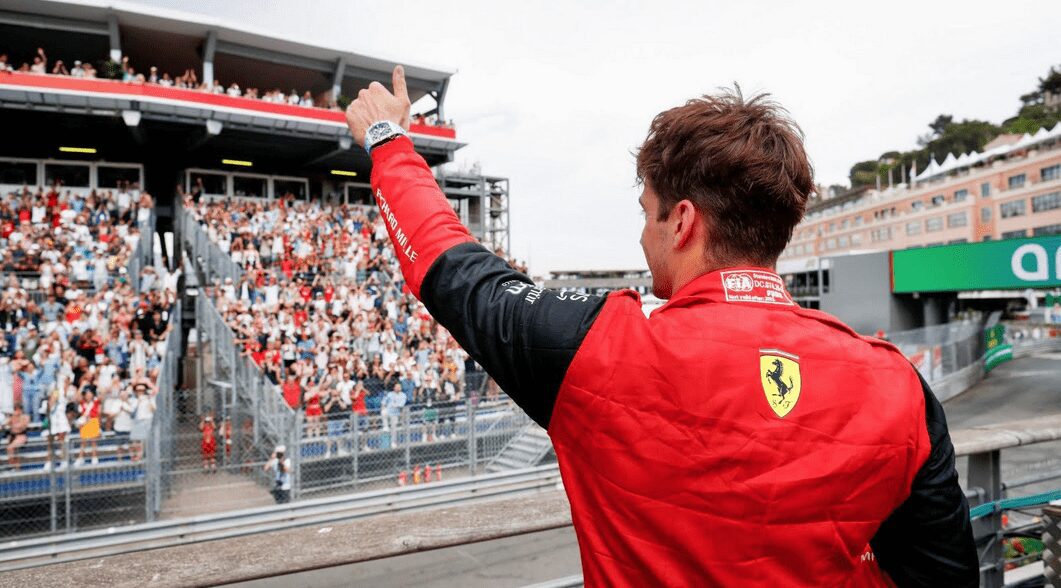 Charles Leclerc went above and beyond on his home circuit on Saturday, topping every qualifying session on his way to claim pole position for the 2022 Monaco Grand Prix.

The Scuderia Ferrari driver drove a blistering lap to set a seriously impressive lap time of one minute and 11.376 seconds on his local streets.

Leclerc was looking to improve on his lap time at the end of Q3, but a red flag stopped the session there, setting the starting grid for the race on Sunday.

Carlos Sainz therefore completed a Ferrari 1-2 on the starting grid, as the Spaniard managed a one minute and 11.601 second lap time, which is a fair bit slower in the world of Formula 1.

The red flag was flown when Perez hit the barrier at Portier moments before the session could conclude. Sainz could not avoid contact at that point, and the session ended there.

Lando Norris will start in P5 ahead of Mercedes’ George Russell in P6, Fernando Alonso in P7 and Lewis Hamilton in P8. Sebastian Vettel and Esteban Ocon completed the the top ten in P9 and P10 respectively.

At the end of an eventful Qualifying Saturday in Monaco, and a stand out performance from home hero Leclerc, Ferrari are in a dream position for the race on Sunday, May 29.