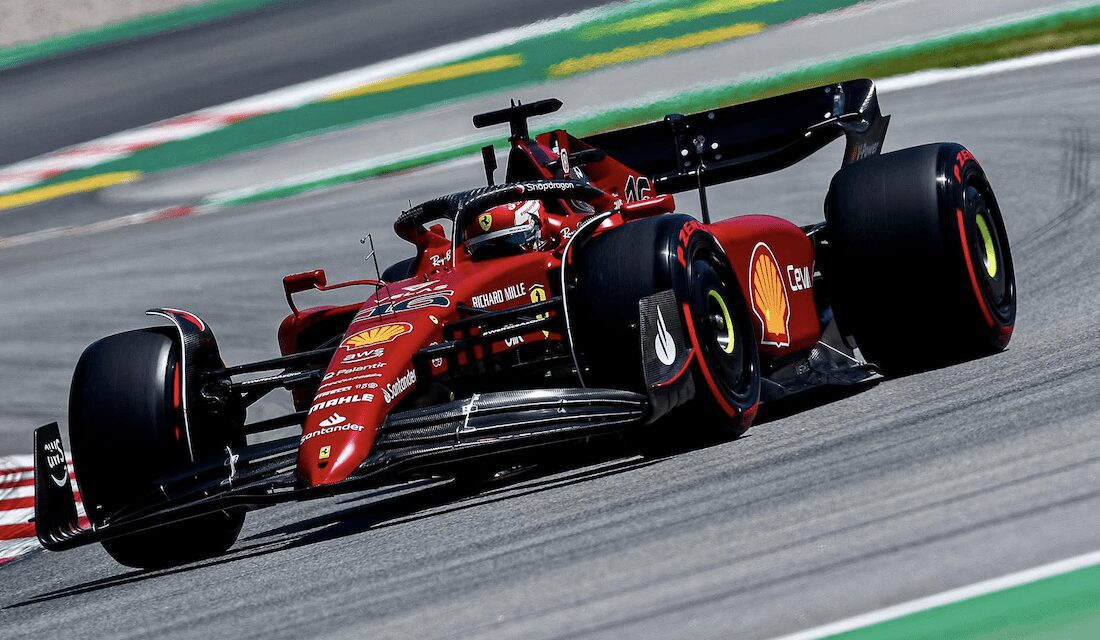 Charles Leclerc suffered ill-fate at the 2022 Spanish Grand Prix on Sunday, May 22, as the Monegasque was forced to retire with an engine failure halfway through the race at the Circuit de Barcelona-Catalunya.

After starting the race in pole position and accelerating away to give himself a comfortable lead, disaster struck for Leclerc. The Ferrari man must have felt that a straightforward victory was in the bag, but then his engine gave-out on the 27th lap of the race.

Before that, Mercedes George Russell and Red Bull’s Max Verstappen were engaged in battle for second place, and now they were left fighting for the lead.

But the flying Dutchman made the most of his fresher tyres and managed to overtake Russell for on the 37th lap, when the Brit pitted for a fresh set of Mediums. At this point Verstappen’s teammate Sergio Perez was in the lead, but he too had to pit before long as the scorching hot track seemed to burn through the tyres.

After one last pit stop on the 45th lap, Verstappen just had to catch up to his teammate, who was told to let him past without a fight. Having passed Perez, Verstappen buggered off to win the race by 13 seconds. Shortly thereafter, Perez completed a Red Bull 1-2 victory by crossing the line in second place.

Mercedes’ Russell completed the podium in third place, while the only remaining Ferrari man, Carlos Sainz crossed the line in fourth place. Meanwhile, Lewis Hamilton finished his race in fifth place and was the fan-voted ‘Driver of the Day’.

Having not taken away any points from Spain, Leclerc falls to second place in the drivers standings, while Verstappen climbs up to the top by just six points.

Hopefully Leclerc will be able to reverse his luck on his home circuit next week, as the F1 circus will descend on the Principality for the highly anticipated 2022 Monaco Grand Prix on Sunday, May 29.