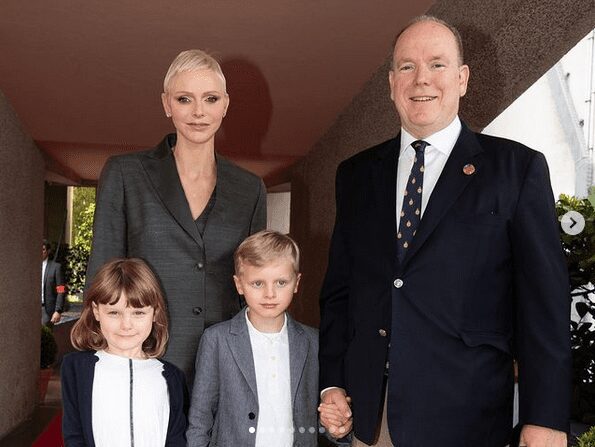 The Sovereign didn’t stay in London for very long, returning for Monday’s ceremonial marking of the start of the summer season for the caribiniers who guard the Prince’s Palace, with lighter summer uniforms being donned in place of the dark winter version.

Princess Charlene’s next scheduled appearance alongside her husband will be at Monaco’s Rose Ball, planned for July 8 after being moved from its usual date in March.