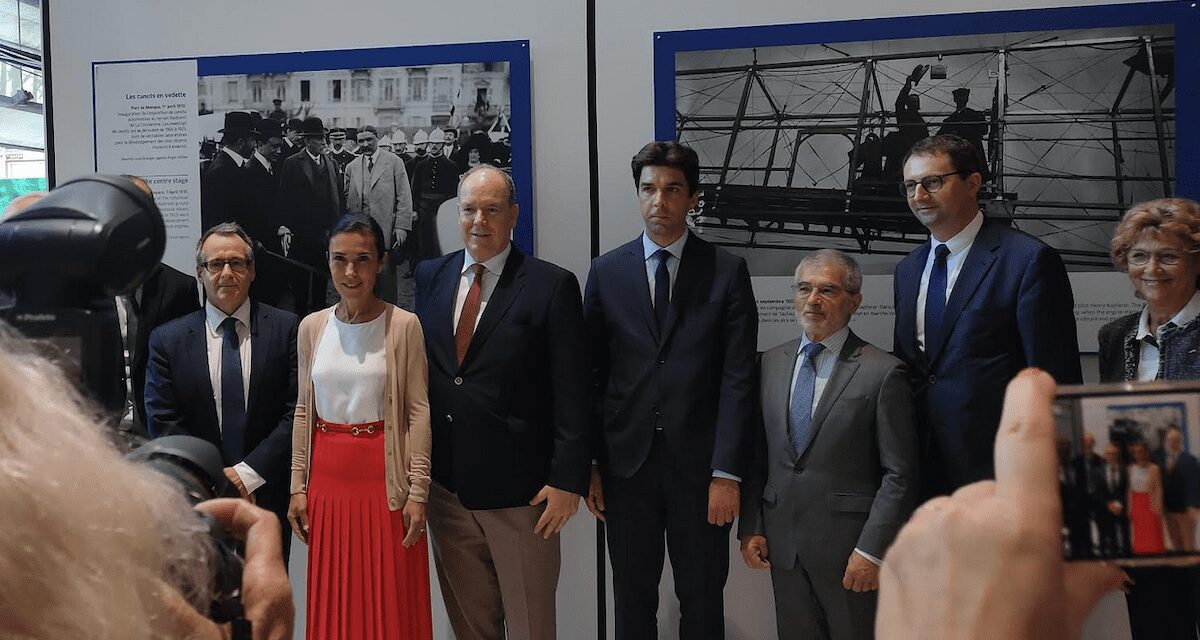 Ten previously unpublished photographs of Prince Albert I are part of a newly-opened exhibition Prince in Motion dedicated to the history of mobility during his reign.

HSH Prince Albert II inaugurated the exhibition on Monday evening at Monaco Monte Carlo station where the photos are on display – a perfect place to move back in time and show the emblematic Prince, scholar, humanist and patron with different means of transport of his time and his particular predilection for the train.

The Prince was 20 years old when rail arrived in Monaco, he also witnessed significant technical inventions such as the petroleum
-fuelled combustion engine. He himself was involved in sailing, horse-riding, motorcycling, motoring and cycling. One of the photos shows Prince Albert I, a stylish figure, cycling in the Palace gardens in 1894. An accomplished sportsman – he cycled regularly including during his stopovers during his maritime expeditions.

The Prince was a particularly strong supporter of aeronautics, and he was present for the experiments with dirigibles conducted in Monaco by Santos-Dumont, funded Maurice Leger’s prototype helicopters and performed flights in aérosats and seaplanes.

During his reign, Monaco developed an electric tram system, its port underwent a remarkable expansion and the country established itself as a hotbed of motor sports.

A great chunk of history is revealed in Prince in Motion which is easily  accessible from the Saint Devote square and will be open to visitors until August 31.

The exhibition is one of a series of events that mark the centenary of the death of Prince Albert 1.