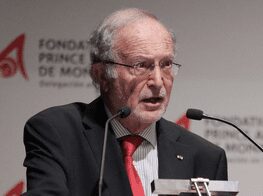 More electric vehicles are being registered in Monaco than ever before, and it seems likely that by the end of this year 15 percent of new vehicles will be electric or hybrid.

Bernard Fautrier, CEO of the Prince Albert II of Monaco Foundation and president of Ever Monaco, said that efforts to persuade drivers to go electric are beginning to pay off. On the sidelines of last week’s Ever Monaco expo in Fontvielle, he said; “For the first time, this year we are seeing a decrease in internal combustion vehicles registered in Monaco. It’s a tipping point. As for electric and hybrid, we are reaching 12 percent and betting on 15 percent (of new vehicle registrations) by the end of 2022.”

“We continue to have polluting, smoking, noisy machines,” he added. However, the public authorities have committed themselves to a transition to electric vehicles and have encouraged this through financial incentives.

“And when you see the current international context, avoiding going to the gas pump is an additional motivation. The awareness is huge,” he added.

Mr Fautrier is also hopeful that the construction industry will join the transition. He said that until recently business has shown little interest in making the change to electric vehicles, but this is now changing as there are now vehicles on the market that enable the trend. He singled out Volvo as a company that offers a green alternative.