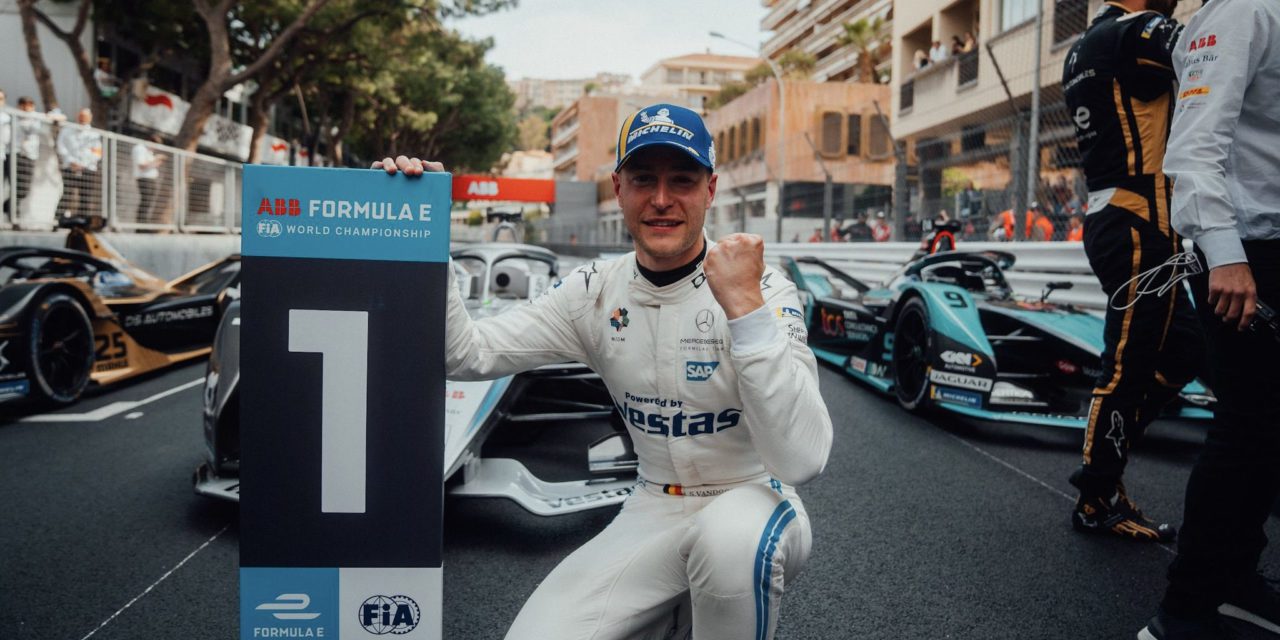 Mercedes’ Stoffel Vandoorne stormed to a first place finish at the 2022 Monaco E-Prix, putting on a commanding display on the twisty circuit of the Principality.

Vandoorne began the race in P4, but ultimately ended a year-long victory drought with a win, as the Belgian made the most of several opportunities that arose over the course of the E-Prix.

Mitch Evans was overtaken early on by Porsche’s Pascal Wehrlein as both drivers made the most of their ‘Attack Mode’, wherein they are able to utilise an extra 30 kW of power. However, the Porsche driver suffered a technical issue that slowed his car on his way out of Mirabeau.

DS Techeetah’s Jean-Éric Vergne then deployed his own Attack Mode, but his extra power was wasted as a full yellow flag was flown when Wehrlein’s Porsche slowed to a stop on the track at the tunnel exit.

Vandoorne opportunistically took advantage of the yellow flag period ending, and accelerated away with a 3.5s lead.

However, that lead was shortened by a safety car, as Oliver Rowland and fifth place Andre Lotterer both crashed into the Sainte Devote barriers.

As a result of the safety car, Evans was able to cut Vandoorne’s lead down, but it was already too late. Vandoorne went on to win this year’s E-Prix by a tight margin of just 1.3 seconds.

Evans crossed the line in second place, and Vergne narrowly completed the podium in third place. Reigning champion Nyck de Vries could only manage a tenth place finish, having lost ground in the earlier moments of the race.

Round Seven of the ABB Formula E World Championship is next up, and will take place in Berlin on Saturday, May 14.