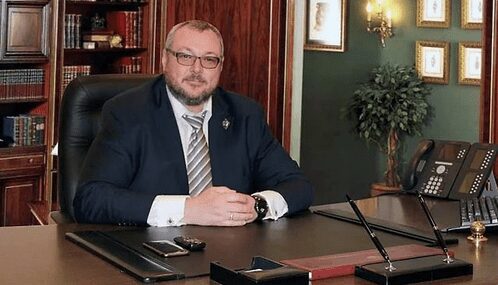 Suicide or assassination? That is the very tricky question facing investigators working on the sudden deaths of several prominent Russian businessmen since the attack on Ukraine on February 24.

Two of the deaths occurred within 24 hours of each other and both involved men who held top positions in Russia’s energy sector.

Vladislav Avaev, a former vice president of Gazprombank, the financial arm of oil and gas giant Gazprom, his wife and 13 year-old daughter were found dead in their Moscow apartment on April 18. He had previously worked in the President’s office in the Kremlin and in the Duma.

Sergei Protosenya, former manager of Novatek, the Russian energy giant, was found dead in a rented house in Spain together with his wife and 18 year-old daughter. The two women had been stabbed and hacked to death, but there was no blood on Protosenya, who supposedly hanged himself after the killings. They had been living in France.

His colleagues were doubtful about it being a murder-suicide and said so: “Sergey Protosenya established himself as an exceptional person and a wonderful family man, a strong professional who made a considerable contribution to the growth and development of the society,” the company said in a statement. “Unfortunately, speculations have emerged in the media about this, but we are convinced that these speculations bear no relation to reality.”

Igor Volobuev told Ukrainian site liga.net that he left his job at Gazprombank and fled Russia to fight in the war in his native Ukraine. He said he believes Avaev and Protosenya were assassinated. Volobuev did not present any evidence to substantiate the claim, Newsweek reported. “It’s hard to believe that Avaev shot his 13-year-old daughter, his wife and committed suicide,” he told liga.net. “In my opinion, this is a staged suicide. I think he was killed.”

Volobuev said that Avaev’s death may have been “staged because he may have known too much.”

On March 24, Russian newspaper Kommersant reported the death of billionaire Vasily Melnikov in his luxury apartment in Nizhny Novgorod, the sixth-largest city in the country.

According to police investigations mentioned by Kommersant, Melnikov—who reportedly worked for the medical firm MedStom—was found dead in the apartment together with his wife Galina and two sons. They had all died from stab wounds and the knives used for the murders were found at the crime scene, Newsweek reported.

Kommersant reported that investigators concluded that Melnikov killed his 41-year-old wife and 10-year-old and four-year-old children before killing himself, but neighbors and relatives struggle to believe this theory. According to the Ukrainian media outlet Glavred, Melnikov’s company was suffering huge losses because of Western sanctions.

Meanwhile, Ukrainian-born Russian tycoon Mikhail Watford was found dead in his home in Surrey in the UK on February 28, just four days after Russia’s invasion.

The oil and gas magnate was found hanged in the garage of his home by a gardener, according to The Daily Mail. Surrey police said the circumstances around his death were not suspicious. Watford lived in the house with his Estonian wife Jane and his three children who were unharmed.

On February 25, Gazprom’s Deputy General Director of the Unified Settlement Center (UCC) for Corporate Security, Alexander Tyulyakov, was found dead in a cottage near St. Petersburg, as reported by the Russian newspaper Novaya Gazeta.

Tyulyakov’s body was reportedly found hanged in the apartment’s garage. Police found a note next to his body that led investigators to believe the oligarch had died by suicide.

An employee of the Investigative Committee for the Leningrad region working on Tyulyakov’s death told Gazeta that forensic specialists were already working at the scene of the apparent suicide when Gazprom’s security service staff arrived and cordoned off the crime scene, leaving police officers outside the house.

However, the first death linked to Russian energy giant Gazprom occurred before the Russian invasion of Ukraine, in January. The 60-year-old top manager at Gazprom Leonid Shulman was found dead in the bathroom of a cottage in the Leningrad region, next to a note that led police to believe he died by suicide, according to Gazeta and Russian media group RBC.