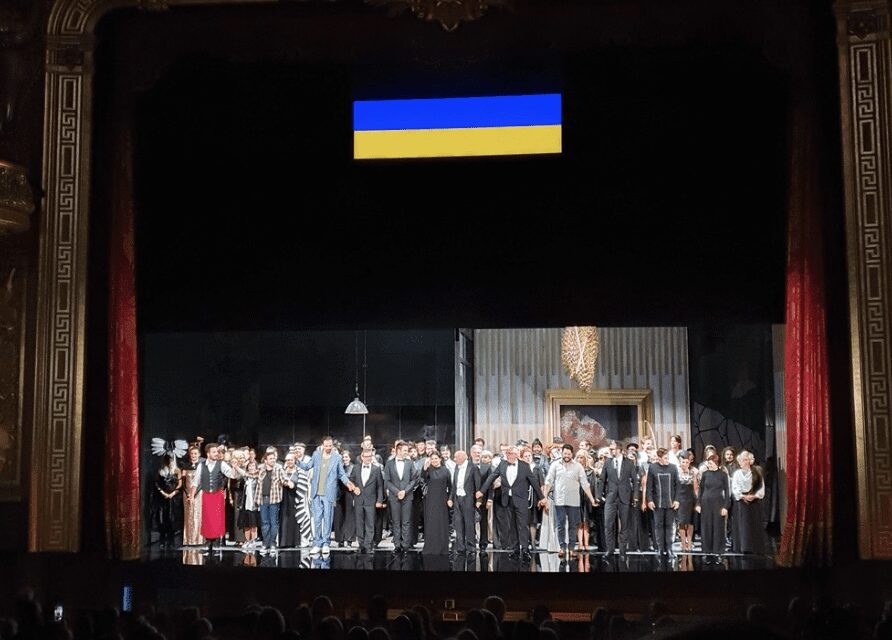 In an audacious move given the political context, the Opera de Monte-Carlo invited Russian soprano Anna Netrebko to step in when the original star soprano fell ill in the Opera’s production of Puccini’s Manon Lescaut.

Ms Netrebko had been accused of being close to Russian autocrat Vladimir Putin, and several of her appearances in the West had been cancelled. However, Ms Netrebko distanced herself from the Russian attack on Ukraine, and in doing so brought down the ire of the Kremlin.

In the lead-up to the production in Monaco, the Opera de Monte Carlo said: “Anna Netrebko made a statement two weeks ago regarding the war and her relationship with Putin.

“She has taken a clear position against the war in Ukraine. As a consequence, she has been declared an ‘enemy of the homeland’ by the speaker of the Duma and a theatre in Novosibirsk cancelled her appearance.”

In recent days there have been incorrect reports that Ms Netrebko will be performing once again in Russia, at the Mariinsky Theatre during the Stars of the White Nights festival. This prompted the star to issue a statement: “There have recently been inaccurate reports in the Russian and international media as to my personal and professional life and as to my future performances. I state that the only accurate information about myself comes from me, Trafalgar Strategy in London or Prof. Dr. Christian Schertz in Berlin. The only verified information about my artistic activities appears in the ‘Schedule’ section of my website annanetrebko.com. My general manager is Mr. Miguel Esteban in the United Kingdom. Berin Iglesias Art, led by Mr. Maxim Berin, is an agent for concerts in the territories of Russia, CIS, and the Baltics, reporting to Mr. Esteban.”

PHOTO: Removing all doubt concerning Anna Netrebko’s views on Russia’s invasion of Ukraine, at last weekend’s performance at the Salle Garnier Ukraine’s flag was projected onto the curtains at the close of the production. Two further performances, on April 27 and April 50, are sold out. FORUM OPERA