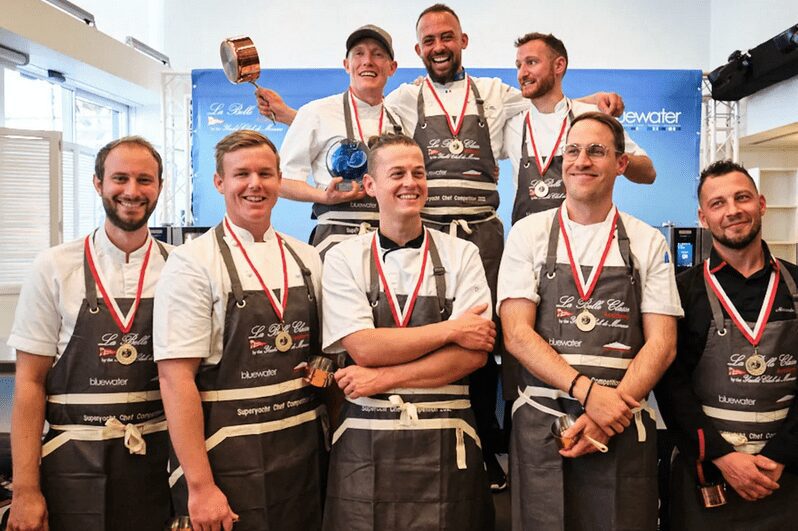 The Yacht Club de Monaco’s Superyacht Chef competition has been won by Nicolas Petit, chef of the 43-metre Latitude. He beat eight other contestants with his duck breast, mousseline of peas and black garlic accompanied by baby carrots and duck jus followed by a tuile with pineapple roasted in rosemary.

Each of the chefs was given a basket of mystery ingredients and were penalised for every product that wasn’t put to use, under the competition’s anti-waste criteria.

“It’s a special event that is all about sharing values that we hold dear at Yacht Club de Monaco,” said YCM General Secretary Bernard d’Alessandri.

The event was held on Friday, April 8, under the aegis of its La Belle Classe Academy training centre in partnership with the yachting company Bluewater, which has an office in Monaco.