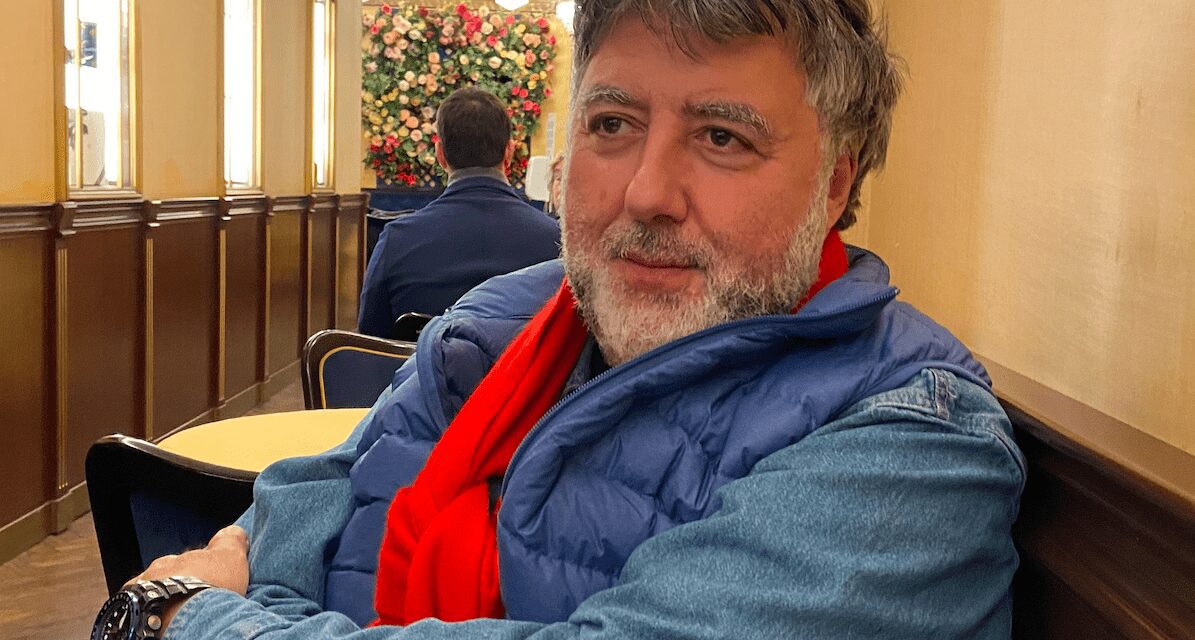 Steven Saltzman has been immersed in the world of movies all of his life, as the son of Harry Saltzman, the co-producer of the first nine James Bond films.

He spent his formative years in Monaco, where his family had moved when the top rate of income tax in the UK reached 96 percent.

Steven, who is well-known in Monaco particularly for his involvement in Top Marques, was schooled in Switzerland, London, and later Florida, and has a totally international outlook.

Although the Saltzman name is intrinsically linked with James Bond, as the original producer of the Michael Caine version of the Ipcress File, Harry Saltzman owned the name of its hero and created the character Harry Palmer, and Steven has picked up the family baton by producing a new version of this classic.

The first episode aired on ITV in Britain last weekend to great acclaim.

“We got three and a half million viewers for the first showing, which came on after Coronation Street. There has been extraordinary interest in the show,” Steven told me over tea at Cova on blvd. des Moulins.

I asked if it was fun to make the series, to which Steven answered in a flash: “It was a lot of responsibility… I was very aware that my role was to protect my father’s legacy, and I loved seeing the written word becoming action on the screen.”

Shooting started in February  last year and ended in June, with coronavirus having a huge impact on production.

Shooting took place in Liverpool, standing in for London in the sixties, and Croatia doubled as China, the South Pacific  and Lebanon.

Joe Cole and Lucy Boynton in The Ipcress File

The main character in the series is Harry Palmer, played by Joe Cole of Peaky Blinders fame, The love interest is Lucy Boynton, playing Jean Courtney, while Tom Hollander is Major Dalby, at the same rank he held in The Night Manager.

“The great thing about Harry is that he’s constantly underestimated. It’s this English class thing. In many ways he’s the antithesis of James Bond, and always surprising us.”

Steven isn’t sitting on his laurels. During coronavirus lockdown  he wrote a romcom, and he’s now working on a documentary with Paul Hollywood, the famous Bake Off judge, and even found a Monaco story involving intelligence operations within the Catholic Church. The production will be based on a book called L’Abbe by the Monegasque author Patrick Rinaldi.

Steven is also organising a major conference to be held in Monaco in May, on the topic of the metaverse.  Meta entertainment world “This has already attracted a lot of interest probably because JP Morgan called the MetaVErse a trillion dollar opportunity!

It’s a business to business conference, and a lot of family offices and residents in Monaco are anxious to know what’s going on,” he said.

The Metaverse Entertainment world Industry’s not-to-be-missed event premieres on May 23 – 24, 2022 live in Monaco at the Hermitage Hôtel and virtually in the Metaverse, MCity, for an immersive experience.

“Sixty years ago, Prince Rainier III created the Monte-Carlo Television Festival in honour of his wife, Princess Grace. Since the 1960s, Monaco, next to Cannes, is a favourite spot for the European Entertainment Business,” Steven Saltzman said.

“Monaco remains attractive as a film location, as an entertainment destination. Stars from across the world appreciate the security and privacy and the diverse entertainment and sport on offer.”

The metaverse event in Monaco will focus on the theme of galloping digitalisation on one hand, while recognising and incorporating the world of movies content egaming  on the other.  “I’m particularly pleased that we shall also recognise people and companies with awards, too.”

Could there be a better person for the task?