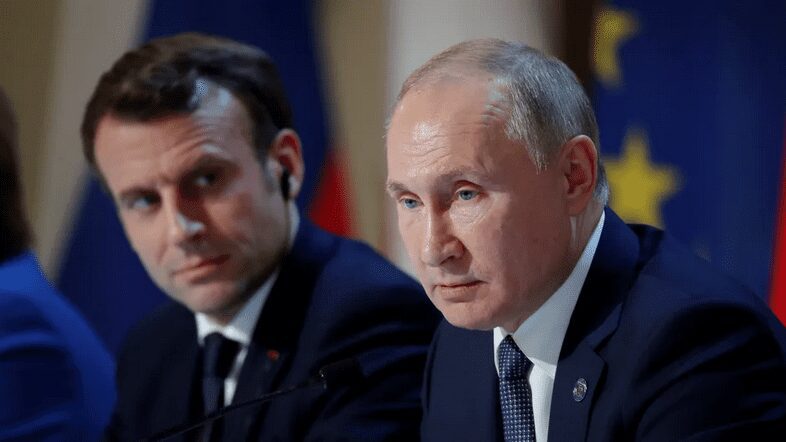 A belligerent and rambling Putin on Thursday warned other states not to interfere following his invasion of Ukraine.

He threatened the use of nuclear weapons and restated the fact that the Russian armed forces possess hypersonic weapons that the West does not have: “Russia remains one of the most powerful nuclear states” with “a certain advantage in several cutting-edge weapons.”

He said that his target was not just Ukraine, but America’s “empire of lies,” and he threatened “consequences you have never faced in your history” for “anyone who tries to interfere with us.”

Meanwhile, imprisoned opposition figure Alexeï Navalny was able to state his opposition to the attack on Ukraine in court on Thursday morning: “I am against this war. I think this war between Russia and Ukraine is being waged to cover up the theft of Russian citizens and divert their attention from the problems that exist inside the country, from the deterioration of the economy… this war will cause a large number of victims, waste lives, and continue the policy of impoverishment of Russian citizens”.

In a phone call with President Emmanuel Macron of France, President Volodymyr Zelensky of Ukraine called “for multiple interventions to support Ukraine.” Mr Macron had reached Mr. Zelensky on his mobile phone a few hours after the attack began, and promised him “all the support and solidarity of France.”

FILE PHOTO: President Macron and Putin in Paris in December 2019