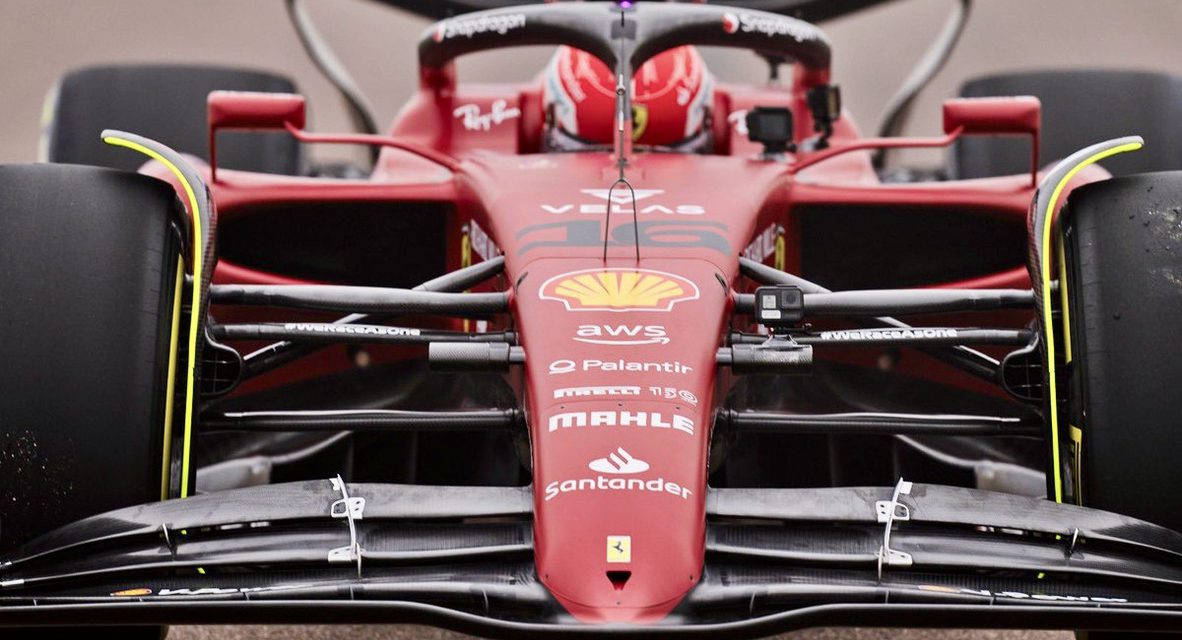 Scuderia Ferrari unveiled their all-new car for the upcoming Formula 1 season, the ‘F1-75’ on Thursday, February 17 to high acclaim from the team’s Tifosi and the wider F1 community.

Charles Leclerc was the first to take to the track in Ferrari’s 2022 challenger the following day, giving the F1-75 its debut on Ferrari’s home circuit of Fiorano.

After his drive in firmly foggy conditions, Leclerc handed over the F1-75 to teammate Carlos Sainz, who completed the 15 kilometre demonstration run.

At the end of the event, both drivers walked out to the first corner of the track to thank Ferrari fans, who turned out in full force despite the poor weather.

“This is what I would call a brave Ferrari… we have interpreted the rules thinking out of the box,” said Binotto, before adding, “we hope it will uphold the honour and tradition of the team.”

The F1-75 certainly stands out of the crowd of cars that have already been unveiled by other teams, thanks to a pointier nose, “non-conventional shapes” in aero design and fiery livery. The car also boasts a brand new engine for 2022.

Tifosi will have to wait until Sunday March 20 to see the F1-75 go head-to-head, or nose-to-nose with the competition at the season opening Bahrain Grand Prix.

Featured image: Charles Leclerc behind the wheel of the F1-75