Monaco’s 10 walk away from Bordeaux with well-deserved draw 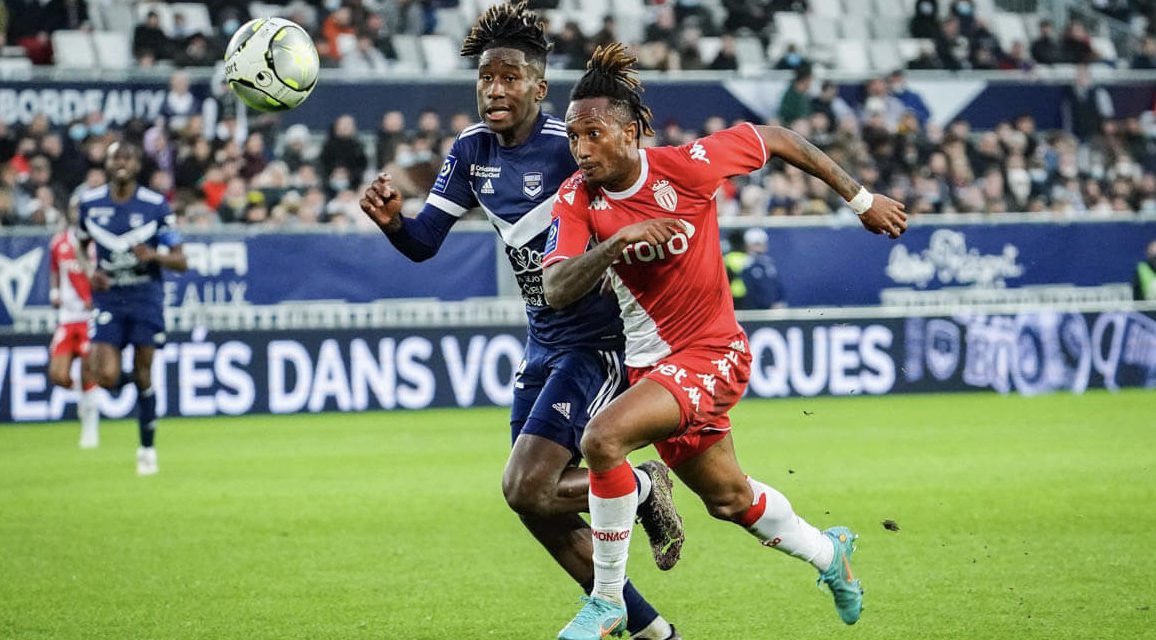 AS Monaco faced off against Bordeaux away on Sunday, February 20 and walked away from a tightly-fought Ligue 1 encounter with one point.

The match was tightly contested from the very beginning, with both sides creating and taking chances on goal. However, it would be Bordeaux who would score first, as Rémi Oudin found the back of the net at the 22nd minute.

Minutes later, Monaco team captain Wissam Ben Yedder saw his shot just fly over the crossbar, before Aurelian Tchouameni took his own shot off from long range with the same degree of success.

The situation took a turn for the worse for Tchouameni, as the Monaco midfielder was booked twice in the space of six minutes and was sent off seeing red, the second card coming as a result of a seemingly legal tackle by Monaco’s no.8 and a harsh decision by the referee.

Thereafter, Monaco had to play the remainder of the first half, and indeed the whole match one man down in midfield.

The Monegasques pressed hard in the second half, pushing for an equaliser despite being outnumbered, and saw shot after shot denied.

That was until a curled effort courtesy of Gelson Martin deflected off of Bordeaux defender Marcelo and into the back of their net, levelling the scoreline at the 67th minute.

The match was tightly contested all the way into added time, but in the end the outnumbered Monegasques walked away from the Matmut Atlantique stadium with one point after a 1-1 draw.

Monaco now occupy sixth place in the Ligue 1 table. The next opportunity to climb the table will arrive on Sunday, February 27 when Monaco will face off against Reims at the Stade Louis II.