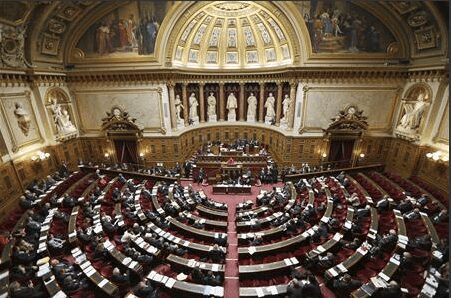 Twenty French Senators, all from the Les Republicains party of former PM Nicolas Sarkozy, have published an open letter in the pages of Le Figaro calling for an immediate lifting of the very unpopular Vaccination Pass.

In strident language, the Senators complain that the French people have been put on probation and that the government would like to be the one to free them, just days before the first round of the presidential election on April 10.

“With 300,000 official contaminations per day, that is to say probably more than 500,000 in reality, this vaccination pass makes no sense. It was never needed. If the government’s objective was to limit the circulation of the virus in specific places, a negative test would be much more effective than proof of vaccination, since neither two, nor three, nor four doses prevent contamination and contagions,” the senators said.

“The public authorities should have seized the advantage of the Omicron variant, which is more contagious but less likely to give rise to severe forms, to concentrate their efforts on fragile populations. Common sense has given way to political… calculations, to the detriment of the freedoms of the French.”

“It is therefore urgent to restore freedom to the French, before the country plunges back into disorder. We must certainly remain vigilant with regard to people at risk, some of whom are not vaccinated and will not be vaccinated despite government measures. But the vast majority of French people can no longer bear all these deprivations of liberty, while they continue to observe the inconsistencies in the health management of the pandemic on a daily basis.”

“The government must stop “annoying the French” with political measures hidden behind health pretexts. The vast majority of our compatriots have shown responsibility and self-sacrifice, supporting and respecting government measures. But too much is too much! They can’t take it anymore. The Senate, temple of public freedoms, must make their voices heard. We therefore call, as more and more countries are doing, like Denmark and the United Kingdom, for the immediate lifting of the vaccination pass.”

The French Senate has 348 members, each elected for six years.