Monaco works especially well if you are able to hop on a plane, often 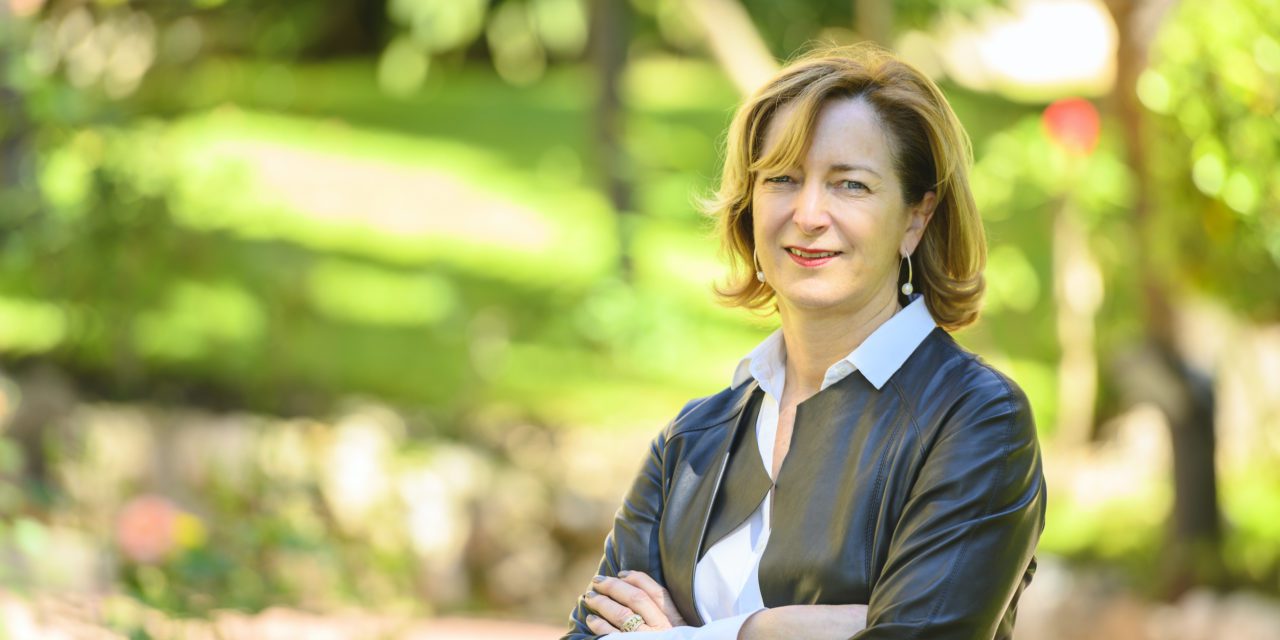 Irene Luke, co-managing partner at Savills Monaco is not – to put it mildly – very fond of lockdowns. And don’t start on working from home: “The whole idea of it just feels so lonely and depressing. I know some people like it but I don’t believe them. It is just so nice to put on lipstick, get out and put on a better face.”

We meet at the Savills office in Le Roqueville and everything feels cozy and far from lonely there. The atmosphere is quiet but soon enough there is a buzz about the latest delivery: a big bouquet of white roses from a happy client.

My own working happily from home in the past six months has just totally lost its allure and I join in the office cheer.

Irene is British but also Scottish and even though she left there long ago, she is the epitome of Scottish straightforwardness, self-mocking humour and honesty. Born in Glasgow, raised in a small town close to Dundee, she always felt  as if she didn’t really fit in. “Everyone played golf there except me – I was not sporty, until this day I don’t really get that sport thing….” (She loves skiing but says that is a life skill, not a sport….we will come to that later.)

“I was, I guess, quite smart at school and got a place at Oxford to study law, which was quite unusual because my school just didn’t “train” people to go to Oxford. I started there when I was just 18 and it was a massive cultural shock after Dundee and rural Scotland and I absolutely hated it for a good two to three months and then decided I was going to love it.”

She did enjoy it, although she mentions Melvyn Bragg once, saying: “You never totally enjoy Oxford.”

“I think that is true because  it is a place where many people have crises of confidence – going from being the brightest person in your school to being suddenly surrounded by lots of people who were probably brighter than you, and even when not brighter, were a hell of a lot more confident because they had been bred to Oxbridge. So it’s really the hardest thing I have done in terms of moving somewhere. But I did my law degree and then did what everyone does – got a job in a London law firm to train to be a solicitor  and worked in London for nearly five years.”

Irene started in litigation law as a trainee and did a lot of libel work for clients like Elton John. But as much as she loved it, it was too “tough and scary” plus the other side seemed to have better arguments always, so she qualified as a more sedate commercial property lawyer.

During a three months traineeship in a Monaco law firm, Irene got to know her now husband William (Easun), a lawyer who is actually English “but doesn’t like England very much”. Because he was much more advanced in his practice, she decided to move to Monaco.

This was in 1990 and Irene continued to work for William’s firm but wasn’t absolutely sure about Monaco initially.

Being in a busy dynamic commercial property world in the buoyant 80s in London, Monaco did feel sleepy at first but having children – three daughters – made Monaco more palatable. “I think it’s a good place to have young children. It is very kind to working mothers because you have no distances to travel so you can be quite a hands-on mother but still have something of a career, which I do not think is easy in London or other big cities.”

When the girls became older, Irene decided she would like to cease being an employee and enjoy more freedom by starting her own business. Having helped a friend in real estate, she was keen to try the same field but independently. Another friend put her in touch with her now business partner. “He already had an agency licence but had never done anything with it and he said OK let’s activate this.  He also had a relationship with Savills whom I knew from my London days and I liked and respected the brand very much.”

“Ten years ago we kicked off with an association agreement with Savills and then they decided to buy a share in the business. I am now a shareholder and so are they and so is my business partner. This is not a franchise: we are actually majority-owned by Savills UK now. They have quite a lot of involvement in what we do but they are very good for such a big brand: they are not suffocating. As long as we are here adhering to their policies and being successful, they let us get on with things…It works for them to have an office in MC and we also work closely with an array of their agencies on the Cote d’Azur.”

The beginning was quite a challenge. “We started with nothing. Just because you work with Savills it doesn’t mean they give you a Savills “starter kit”: you know office space and lots of branded tools. I remember we might have been given an umbrella with a Savills logo but that was about it. You really have to prove that you are worthy of the name before they will invest in you. They are an amazing company with more than 39,000 people working for them in over 700 offices around the world, but they test their associates before they buy into them. What I love about Savills is that they do a lot more than sell real estate. They produce a lot of analysis and they really are property consultants a lot of the time. Not so much for us here, although we do a little bit of that as well.”

With a small team of six, including two partners, Irene does most of the day to day running of the agency. Her role is getting in business and trying to think of new ways of marketing the brand.

“One of the good things about lockdown was that we spent  time and energy on our digital presence. While most of our business traditionally came from word of mouth – we now have a much stronger social media presence and that is working – we are getting leads out of it. I think that would be our natural progression eventually but Covid sped it up for us.”

She has no desire to make the team much bigger and finds managing people challenging.

“I am quite human and understanding but I love working with dedicated and committed people who are ready to go the extra mile – and we have that on our current team. I believe the most important thing as the manager is to choose the right people at the beginning.”

How to spot the talent?

“Well I am Scottish. I don’t like people who talk too much! I know that people think that this is a talking business but this is more of a listening business, in my view. I  don’t necessarily believe in people who seem to know it all already. The people we have employed are really good “people” people and they treat everybody they meet in exactly the same way – they are not impressed by enormous wealth and they don’t have their heads turned by the glamour of Monaco. And you can see that quite quickly in someone, actually.”

After thirty years in Monaco and ten years of being an agent Irene is happy to say that properties are becoming more attractive here. “People are spending more per square metre here than anywhere else on the planet and the properties can be a little  disappointing so it’s good that the actual stock pool is getting better and we are really pleased to be acting for a lot of new-builds. These are going to be world class apartments. It’s fabulous to sell something you believe in and which looks comparable to what our client has seen in New York, London or Dubai, so you have to manage people’s expectations a bit less and that is good.”

New clients come from all over – not Asia (yet) but certainly eastern Europe, Europe, Australia, South Africa, and lots of nationalities came to Monaco via the UK.

“Monaco is always attractive for the usual fiscal reasons and those are unlikely to change, but this pandemic made people question where is a reasonable place to be if they can only be in one place – I think Monaco ticks a lot of boxes.”

And what ticks hers?

“Really really good food in good company. I love having dinner ( my husband says six is enough but I beg to differ….): a bunch of witty and funny people around the table, preferably all looking like George Clooney, is really the best thing. And live concerts/ music too….Anything put on by Jean-Christophe  Maillot makes me excited – I think what he does is fantastic, truly world class… A good book, great sunsets, great sunrises – the sky this morning was fabulous. My children when they are nice to me make me quite excited and the future when we can resume going skiing and hopping on a plane easily. Somewhere- anywhere! But London for sure. A combination of life in Monaco and frequent trips to London is as good as it gets.” 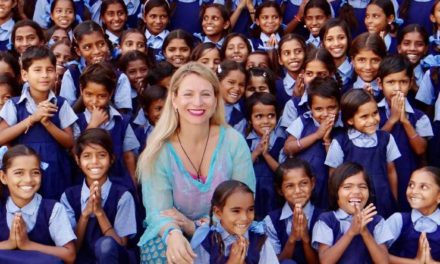 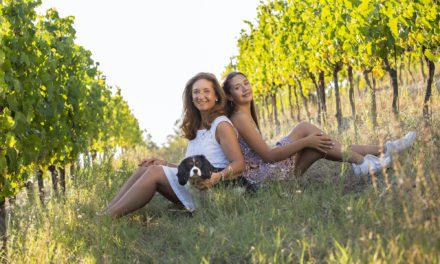 Lilly Bui: I have created a life I like to look at