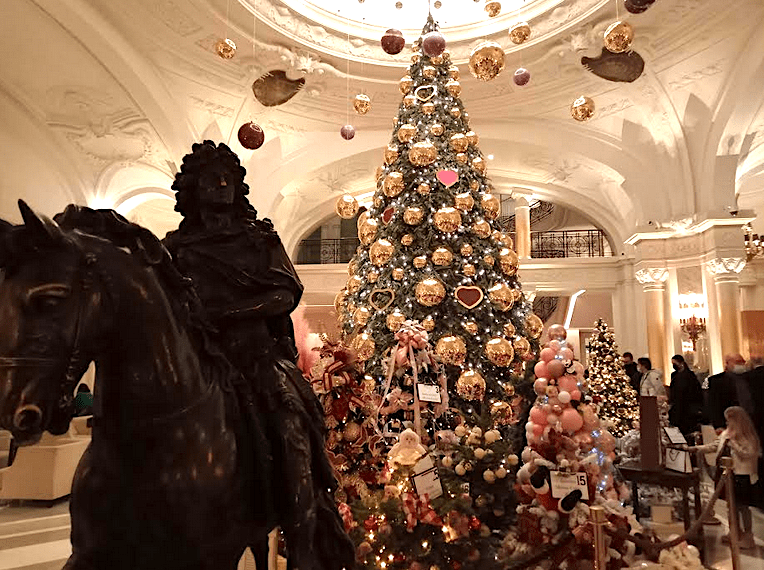 Monaco’s very own charity, Action Innocence, held its annual Christmas Tree auction at the Hotel de Paris on Wednesday evening, and raised more than 140,000 euros for its projects, centred on children’s wellbeing online in the age of the Internet.

The auction itself was held in the Salle Empire, with a large number of both bidders and onlookers attending despite the ongoing pandemic, while the trees and donated gifts from many Monaco businesses stood in splendour in the main entrance hall of the Hotel.