My wife insists I shop at Carrefour because she says it’s good value and she has a loyalty card. She also collects little gold squares – she calls them vignettes – and sticks them in a book and then trades them in for plates and soup bowls. So much for the digital economy.

We have 15 plates and 20 soup bowls and she’s still collecting the squares in order to equal up the numbers. However, since the plates come three at a time and the soup bowls five it would take a mathematician to figure out how many more gold squares, and trips to Carrefour, we’ll need to achieve the goal.

So, I stood in line for the required 20 minutes, except this time it took longer because of the Russian couple in front of me. The guy looked like a semi-retired assassin and the wife was standard issue retired librarian, sturdy, died blonde very assertive, and quite tall. They took a long time because they were having a domestic while loading the belt, which required stopping what they were doing quite frequently. There was a lot of arm waving, but not the more genteel Italian style.

Eventually the cashier pressed the green button and turned to them to ask if they needed to redeem their parking ticket.

This polite enquiry resulted in Miss Ekaterinburg 1972 opening her designer shopping bag and taking two 500-euro bills from its depths waving them in the air…. “Carsh, cash,” she shouted.

The poor man gave her the change in many smaller denomination notes which she threw dismissively into the Gucci job as if she didn’t know what else to do with them and eventually they left.

I picked up my two baguettes and six bottles of discounted Saint Emilion – don’t buy cheap wine, she’d said, “I don’t get enough vignettes with Cotes du Rhone” – and struggled out past McDonalds to look for number 4.

The bus lane was blocked by a brand new Bentley. Its windows were closed and it wasn’t moving, but the unmissable sound of fighting Slavs filtered out through the tinted glass into the early December five o’clock Fontvieille gloom.

Damn it! As my bus emerged from the tunnel I remembered I’d forgotten to ask for vignettes.

The views expressed in this column do not necessarily reflect those of the publishers. 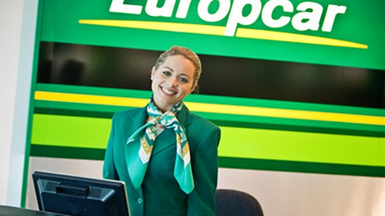