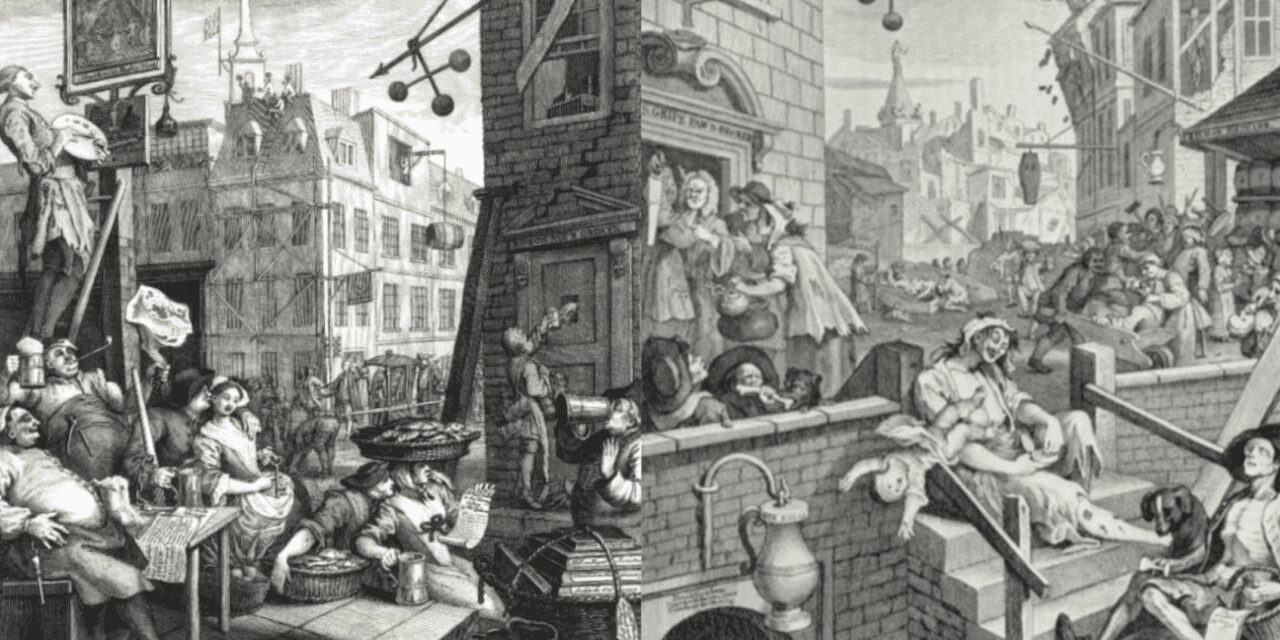 I try to prepare myself mentally, but my worse imaginings are always exceeded. The UK is halfway down a slippery slope toward extreme deprivation, mental, physical and aesthetic. Unless one stays in very rich enclaves, Mayfair and Belgravia, for example, where normal-looking people get in and out of taxis on streets paved with gold, the experience of being in England is deeply depressing.

The populace feeds itself on industrial chicken and oven-ready meals, rounded off by sweets and poor quality chocolate and mediocre crisps. They shout a lot, drink too much and fall out on Saturdays.

As a result there is now a distinct underclass of very overweight people who can hardly waddle. If, reader, you don’t believe me, walk down Taunton High Street on any Saturday afternoon, past McDonalds and KFC, conveniently adjacent. Or any central street in any English town north of Lymington.

It’s sickening to see the self-destruction – helped by the advertising of big corporations – that’s led to bovine disfigurement and boorish behaviour. It’s trickle-down from the Bullingdon Club.

Hogarthian images came to mind, and worse. On the River Tone that idles muddily past the boarded-up local Debenhams, I searched for floating bodies, but all I could see were two very depressed swans and a swooping squawking seagull. At the crowded bus rank that’s replaced the bus station, presumably for completely mad health and safety reasons, I queued with a swelling crowd of fellow travellers for a bus that took 45 minutes to arrive, and then broke down.

As the driver locked the passenger doors and walked away he gave it a kick, said “this is the shit they give us,” and wandered off into the four o’clock gloom.

By the time I reached my medical appointment I was desperate to wee. Unsurprisingly, my blood pressure was astonishing in a very bad way and I was told to go home and lie down.

That was what everyone else was doing in this very sad border town, almost in Devon but still in Somerset. What passes for the local High Street was empty. A chill wind blustered past Greggs. Wrapped up in two duvets I closed my eyes and dreamt of Monte-Carlo.

To Bristol. For a covid test to travel to Italy. Negative. In the 4-star hotel six out of seven employees I spoke to were European, from Maria Gomez on reception to Vladislav Kucera in the bar. For reasons that are beyond my understanding, they decided to stay in England after Brexit. Hopefully they are making a very useful contribution to the gene pool.

Imagine my unbridled pleasure as the Ryanair flight – £11.99 – touched down at Milan Malpensa. Back to European civilisation. At immigration control there was a long shuffling queue for our European Passenger Location forms to be be examined and accepted. Since mine was a work of fiction I was happy that the policeman was simultaneously making arrangements with his girlfriend. A languid hand reached out, took my form, and stamped something.

The lady at the booth gave me a sweet smile and added her own stamp to my British passport without a moment’s hesitation. I was happy I hadn’t arrived in Nice, where hardening cross-Channel relations might mean unpleasantness and unwelcome questions about my 90 days EU entitlement.

I caught my train to Ventimiglia with micro-seconds to spare, and at the last station in Italy just made it onto the 19:01 TER train to Monaco Monte-Carlo. Stumbling, not minding the gap, I kissed the cold marbled floor of Platform C.

It’s so good to be home and I’m not going anywhere else any time soon.