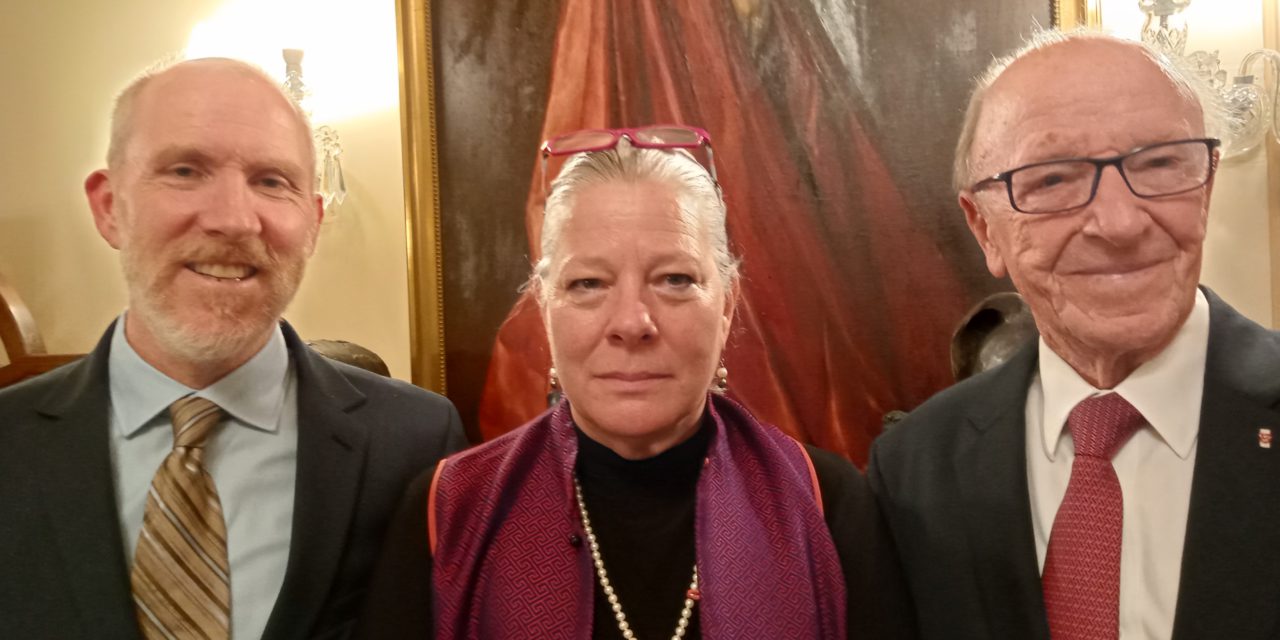 His lecture explored the implications of ‘cultural democracy’ and minority voices in Ireland in an ethnic context that has seen major changes over the past 20 years. One of many interesting points made by Dr Lennon was that the US is home to 32 million people who identify as Irish Americans.

The talk ended a weekend-long symposium led by Professor Lennon, with the participation of Susan Kelly vonMedicus, a cousin of HSH Prince Albert. Ms vonMedicus is an artist, specialising in the sacred arts. Her work is in private and public collections internationally.