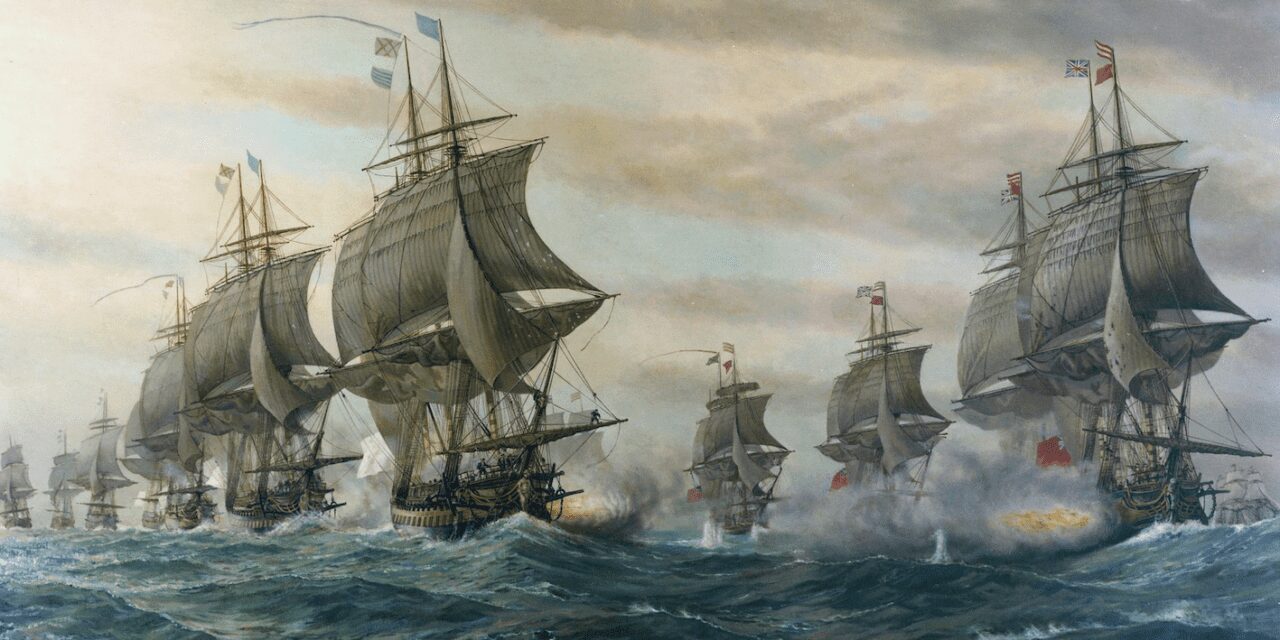 The week’s big story in Europe has undoubtedly been the diplomatic row between France on one hand and Australia and the US on the other. The French feel they have been stabbed in the back after their own deal to sell subs to Australia was torpedoed, and said so, after Australia, the US and the UK announced that Australia will benefit from US nuclear know-how to build a new generation of submarines, alongside UK involvement.

The context is a tougher US-UK stance against threats from China directed at the Australians in response to their unwavering and brave support for Taiwan.

The announcement took the French completely by surprise, virtually on the eve of a planned gala dinner to celebrate almost 250 years of Franco-US friendship and one naval battle in particular not much-reported in British history books.

The Battle of Chesapeake Bay in 1781 is acknowledged as a crucial naval battle in the American Revolutionary War.

The British fleet lost the engagement and the battle has been described as decisive in determining the outcome of the conflict. With France this week calling home its ambassadors to Washington and Canberra, it may be another 10 years before the battle is celebrated, on its 250th anniversary.

The week didn’t start too well when I read a press report about an Afghan national who fled to Britain across the English Channel as a refugee after killing a 13 year-old Austrian girl three weeks earlier in Vienna.

Apart from the horror of the fact that a trusting young girl known as Leonie was abducted by a 16 year-old, taken to an apartment, drugged, gang-raped and then suffocated before being left like a piece of rubbish on a street in the Austrian capital is the fact that the reports of this horrific crime were not in the UK’s so-called quality press, the Guardian or The Times, but in the Daily Mail, the Sun and Metro.

In other words there is a massive amount of self-censorship going on lest a full reporting of significant events gets in the way of political correctness or wokeness. And the ‘quality’ readers have no idea about what’s really happening ‘on the ground.’

In a glorious case of understatement, the Mail wrote about the chief suspect: “Rasuili Zubaidullah, 22, sparked fears over border security after it emerged yesterday he had crossed the Channel in a boat of refugees and claimed asylum using a fake name.”

Zubaidullah was housed at UK taxpayers’ expense in a London hotel for several weeks before his arrest. And he didn’t need to line up at Heathrow for four hours to get into Britain.

On the other hand, there was no shortage of reporting about the death of Zemari Ahmadi, a worker for US non-profit organisation Nutrition and Education International. Mr Ahmadi was killed as well as nine other people, including seven children, when an American airstrike hit the car he was driving shortly after the IS bomb outrage at Kabul Airport last month.

The US government was very slow indeed in admitting responsibility for the outrage. However, the commander of US Central Command, Gen Kenneth McKenzie, came clean on Friday: “We now assess that it is unlikely that the vehicle and those who died were associated with [Islamic State Khorasan] or were a direct threat to US forces. I offer my profound condolences to the family and friends of those who were killed. This strike was taken in the earnest belief that it would prevent an imminent threat to our forces and the evacuees at the airport. But it was a mistake and I offer my sincere apology.”

This may have been the last time that US forces killed Afghan civilians by accident. But it was not the first.

Estimates vary, of course, but several hundred thousand Afghan civilians have been mistakenly killed by airstrikes since the US invasion twenty years ago. This fact alone gives a clue as to why the Taliban had garnered enough grassroots support across the country to be able to return to power so easily.

It has now fallen to Europe to pick up the pieces in the face of a huge and very challenging migratory wave.

Views and opinions expressed by Jeff Daniels in his columns do not necessarily reflect those of the publishers.