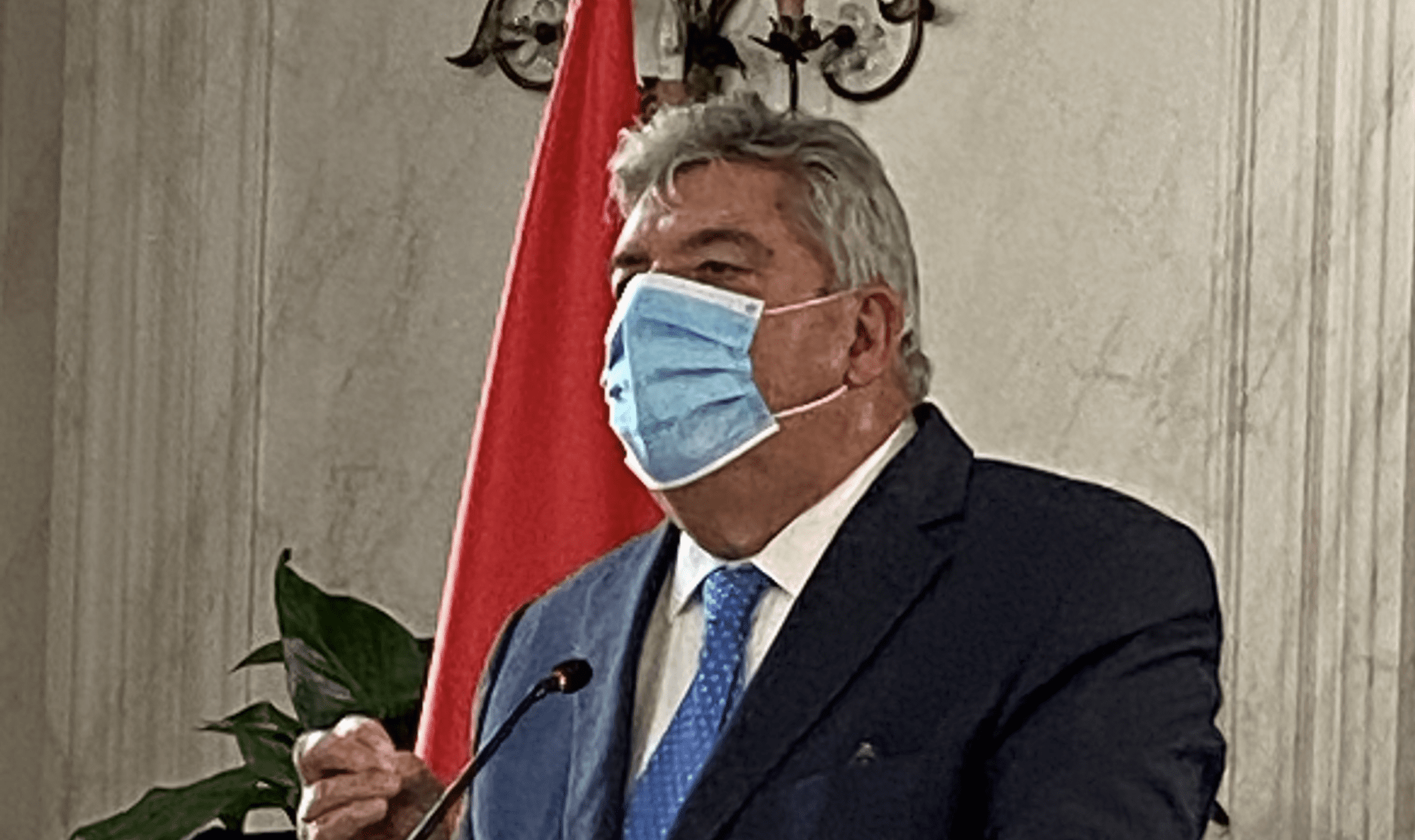 Recent well-attended protests in the Principality aimed at the Health Pass have clearly rattled the Government.

However, Minister of State Pierre Dartout reiterated on Friday that the Government of Monaco will not change its mind on compulsory vaccinations for health professionals. He also denied that other measures were being considered.

As the proposals stand, within four weeks of the legislation appearing in the official gazette, le Journal de Monaco, any health professional who has not been double-jabbed will be suspended and paid just 50 percent of their salary. This transition period will last until they present a certificate of vaccination. If after a further four weeks the person in question is still not vaccinated they will receive no salary, but will not be fired.

Mr Dartout said that there are no plans to extend the double vaccination requirement to other sectors: “We consider that the health professions are professions apart, that they are more in contact than others (such as restaurateurs) with fragile and vulnerable people,” he said. “It is claimed that the intention of the government is to extend the vaccination obligation to other professional categories. This measure is absolutely not envisaged by the government.”

The Minister of State claimed that there is no intention on the part of the Government to immunise schoolchildren under the age of 12.

On Saturday, September 11, another protest march set out from Place des Moulins. This time the numbers were lower, with an estimated 500 taking part.

Matters will come to a head on Tuesday, with a demonstration planned at the entrance to Princess Grace Hospital at 16:30 that afternoon. Francesca Sgro-Meli, secretary-general of SAH, one of several health workers’ unions, called for a strike from 16:30 until 18:30. She invited other trade unionists and supporters to attend the demo.

On the same evening, the elected National Council will meet in a closed session to discuss the application of the Health Pass to health professionals. The legislation is expected to pass.