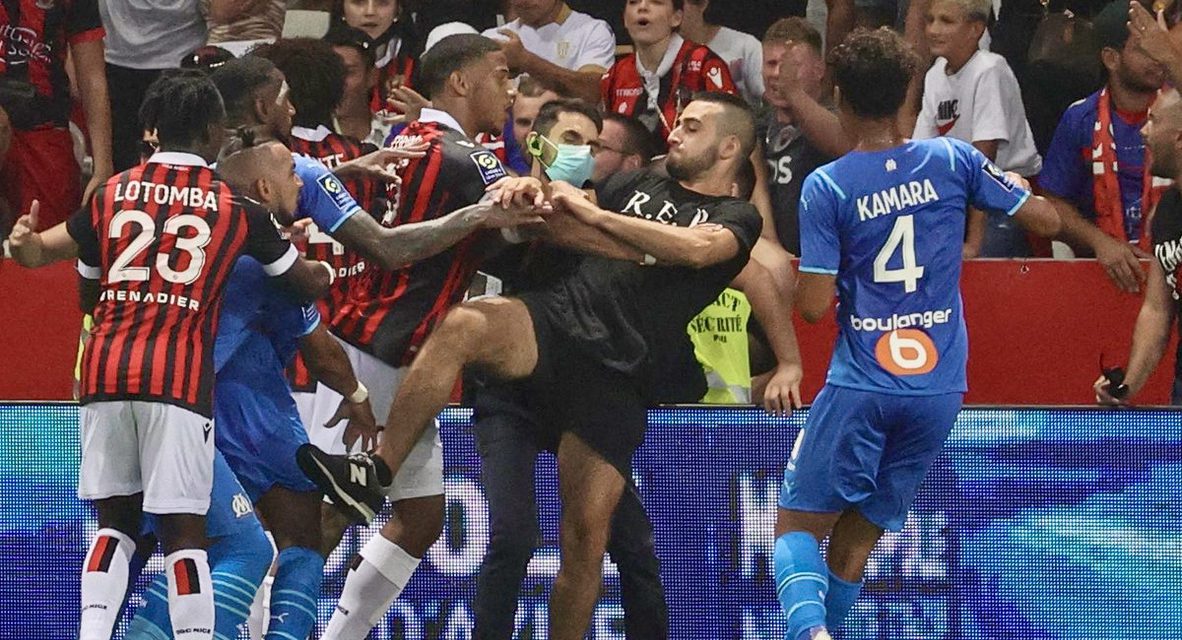 A Ligue 1 match between Nice and Marseille descended into chaos at the Allianz Riviera Arena on Sunday, August 22. The match was going in favour of the Niçoise, as Kasper Dolberg put Nice ahead in the 49th minute, but certain ultras of the club insisted on throwing projectiles at the visiting Marseille players.

With about 15 minutes remaining, Marseille’s Dmitri Payet was hit hard by a bottle thrown from the stands and in a moment of understandable frustration, the striker threw the bottle back.

This infuriated the ultras, who broke down barriers and advertising boards in a fit of football-induced rage. A melee between players and “supporters” ensued immediately thereafter, while players and staff from both sides got involved.

The referee halted the match there and then, as Marseille players and staff returned to the tunnel. Ninety minutes later, Nice took to the pitch, but Marseille refused to resume the match, despite a decision by the relevant authorities for play to continue.

Marseille president Pablo Longoria said in a press conference after the match that “The league decided that the match should continue but we decided not to because the safety of our players was not guaranteed.”

Longoria added that “What happened today is unacceptable. We must make it a precedent for French football and that’s why we decided to return to Marseille.”

The scenes at the Allianz Riviera on Sunday night did not do much to help the cause of Ligue 1, of which the popularity was recently bolstered by the arrival of Leonel Messi to Paris Saint-Germain, but all too frequent fiascos such as these paint the French premier league in an unnecessarily bad light.