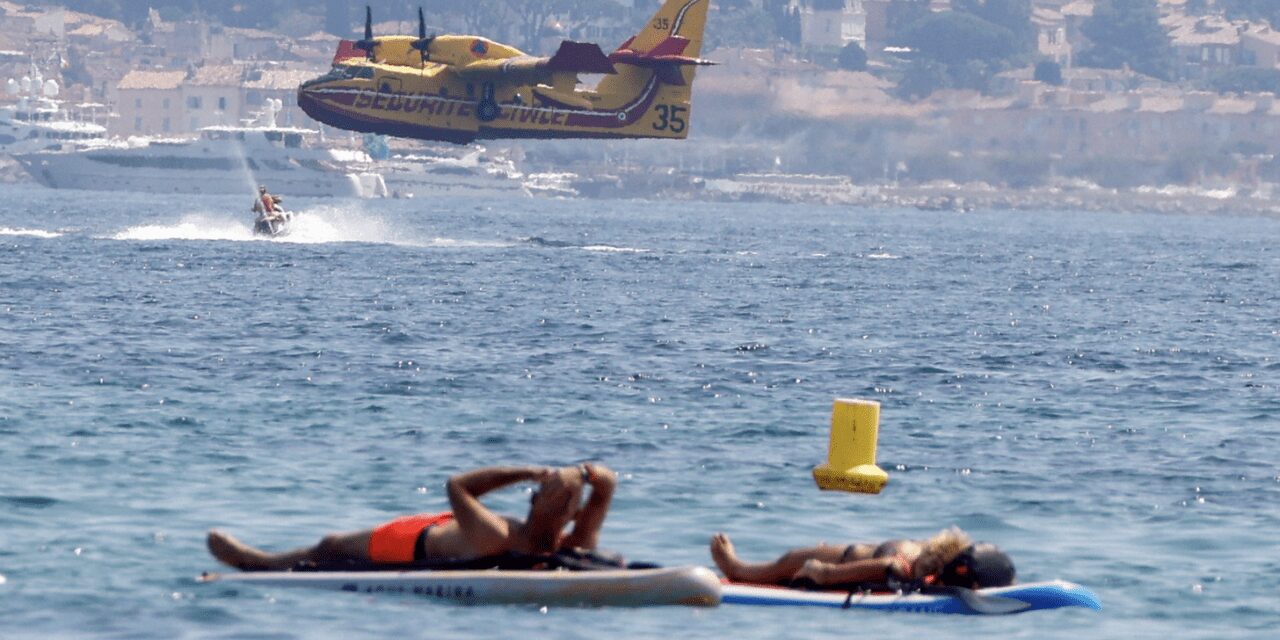 President Emanuel Macron visited the scene of the fire in the Var that caused the evacuation of 7,000 people on Tuesday. He was told that the fire had followed the same route, fanned by the wind, as the disastrous blaze in 2003. This time, 100 homes were destroyed as local communities scrambled to provide emergency accomodation for thousands of campers.

“The worst has been avoided, we must remain humble in the face of these events… Climate disturbances will lead to more such fires,” Macron said

The favourite theory as to the cause of the fire was a cigarette butt that had been carelessly thrown from the window of a passing car, or by a traveller at a service area of a motorway. The main fire travelled quickly toward the coast carried by strong winds,

As dusk fell on Tuesday a number of road closures were put in place and the town of Saint-Tropez opened an emergency shelter for villages and holiday makers displaced by the flames.

Local figures described the fire as an ‘ecological disaster.’