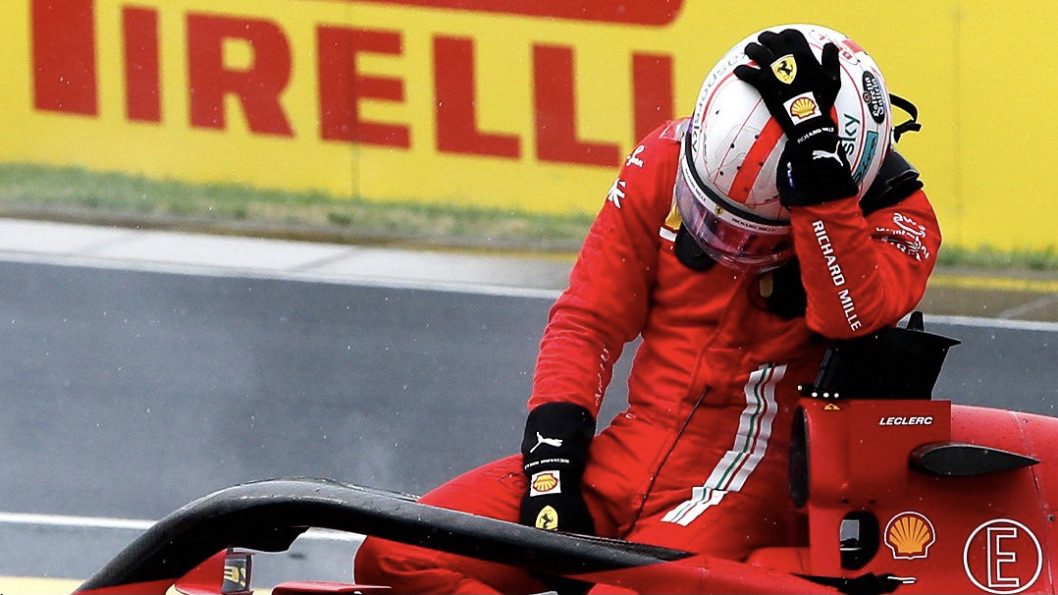 The 2021 Hungarian Grand Prix was not one to be missed, as madness unfolded on the Hungaroring right from the beginning of the race on Sunday, August 1.

Nobody could have anticipated what would follow just moments after the lights went out in Hungary. The race got off to a wet and wild start, as five drivers were eliminated in the first lap.

Valtteri Bottas locked up going into the first corner, making contact with Max Verstappen, while also wiping out Lando Norris and Sergio Perez in the process. To make matters so much worse, Lance Stroll found himself locking up as well, putting his Aston Martin into Charles Leclerc’s Ferrari and sending him spinning.

As the dust and debris settled to reveal the scale of the damage, Perez, Norris, Stroll, Bottas and Leclerc all faced the realisation that their race had come to a brutally abrupt end. Meanwhile, the survivors of the scene saw their race be paused by the ensuing red flag.

The race restart was bizarre by Formula 1 standards, as the only driver on the track for the standing start was Lewis Hamilton in his unscathed Mercedes. The rest of the grid was in the pits changing tyres to mediums as the weather condition in Budapest improved.

Hamilton’s choice to stay out would prove to be costly, as the seven time World Champion was forced to change his tyres, dropping to the back in the process.

This early drama allowed Alpine’s Esteban Ocon to take the lead, and the Frenchman did a cracking job of holding on to it for almost all of the 70 laps despite an ever present Sebastien Vettel in his rear view mirror throughout the race.

Despite dropping to the back of the pack, Hamilton was crucially not out of the count yet, unlike his teammate. The British driver did what he does best and gradually overtook opponent after opponent.

In the second half of an already thrilling race, it would be Ocon’s Alpine teammate Fernando Alonso who put up the biggest fight against the charging Mercedes. The two veterans got into a blockbuster battle as Alonso held Hamilton safely at bay from his teammate.

However, Alonso eventually bowed out to the reigning champ and went on to finish the race in fifth place. Having passed Alonso, Hamilton now set his sights on Carlos Sainz, and managed to overtake him for third place.

Only Vettel and Ocon stood between Hamilton and yet another victory, but a heroic display from both drivers meant that they could cross the line before the looming Merc could do its damage.

At the end of an epic race, Ocon claimed a deserved maiden victory in F1, and a win that the Frenchman will remember forever. Veteran Vettel crossed the line in second place and Hamilton completed the podium in third place.

In a day full of heartwarming, and for some heartbreaking moments, Williams claimed their first points since the 2019 German Grand Prix with Nicholas Latifi and George Russell finishing in eighth and ninth place respectively. Completing the point taking places was Verstappen, who’s battle worn machine could not provide the Dutchman with enough fire power challenge his title rival.

Hours after the race concluded, another heartbreaking was delivered, but this time by the race officials themselves. As it turns out, each car must have at least one litre of fuel left in the tank to sample, and Vettel’s tank could only conjure up 0.3 litres, resulting in his disqualification from the race and the loss of a strong second place finish.

Aston Martin said on Twitter that “The 18 points loss is disappointing for the team, but it doesn’t take away from an otherwise flawless drive from Sebastian. Today we showed that our car has strong race pace. Onwards and upwards.”

This meant that the 10 drivers behind Vettel in the finishing order were bumped up a place, bringing Hamilton into second place and Sainz onto the podium.

At the end of an eventful day full of excitement, Hamilton reclaimed his lead in the Drivers Championship from Verstappen, but Mad Max is only six points behind and will be keen to fight back at the next given opportunity.

Unfortunately for F1 fans, that opportunity will not be until August 29 for the Belgian Grand Prix at the iconic Spa-Francorchamps circuit after an enforced summer shutdown period.