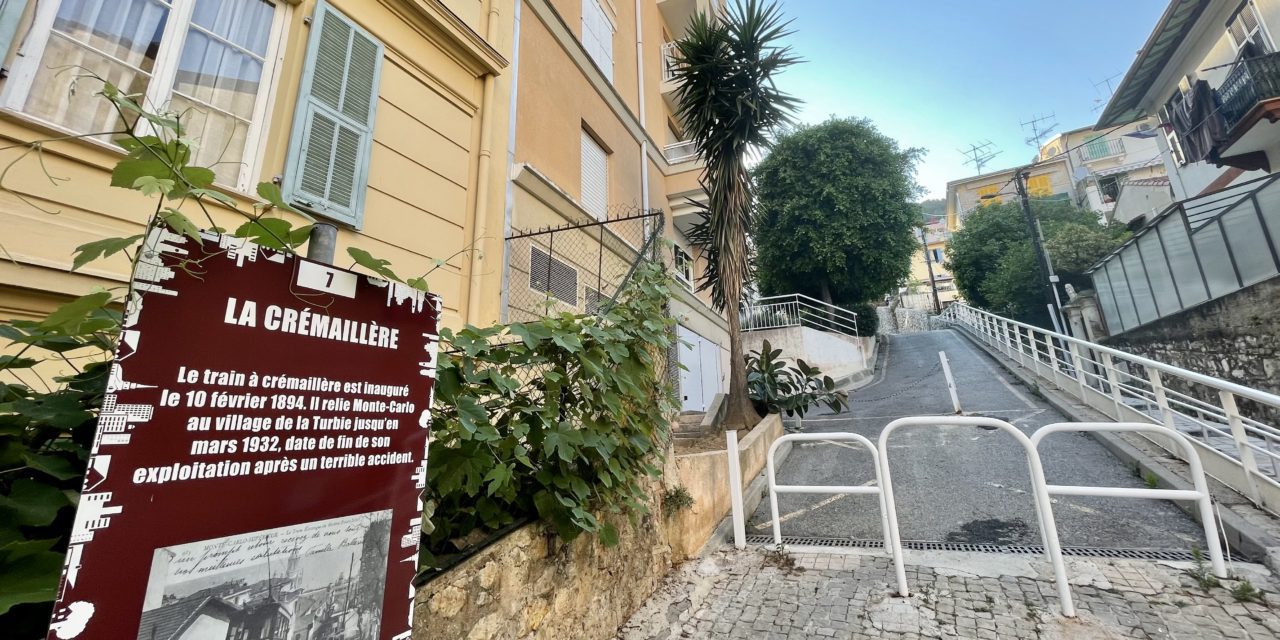 Three women, between the ages of 24 and 38, have been arrested while carrying out a burglary just metres from Monaco, on the Montée de la Crémaillère in Beausoleil.

The owner of the apartment, who was in Cannes at the time, was alerted by telephone thanks to her own surveillance system, local French-language daily Monaco Matin reported on Tuesday. On the security cameras she was able to see two women rifling through her personal belongings.

She called the police in Beausoleil, who happened to be available, and a patrol arrived within minutes and nabbed two of the thieves. The third – possibly a lookout on the street – was caught while attempting to run away.

All the booty was recovered, including cash and jewellery.

The all-female gang consisted of two Croats and an Italian. Their fingerprints indicate that they have been involved in other burglaries in the area, a police source said.

PHOTO: The steep incline that markes Montée de la Crémaillère, the route of a tram line from Monte-Carlo to La Turbie, closed 89 years ago Jack Brodie