UPDATED Tuesday, July 6, 09:05: Monaco’s first Streaming Film Festival provided the showcase on Monday for the Premiere of Michael Flatley’s first feature film, Blackbird, which he wrote, directed and starred in as the main character.

The famous Riverdance dancer’s debut movie features the international superstar as an MI6 operative, Victor Blackley, who turns his back on the agency when his fiancée is killed on a mission gone wrong, and retires to Barbados, as the owner of ‘The Blue Moon’, a prestigious hotel known as a safe haven for international criminals to complete their under the table dealings.

From that point things go downhill when an old flame appears on the arms of a sinister underworld character, played by the innocently-named Eric Roberts, who is an important cog in a plot to reorder the world. His sinister drawl can be quite unsettling.

Victor (Michael) has to be persuaded out of retirement mode to take on the baddies, which he does in great style with the support of sidekick Nick, who rather charmingly has an Ulster Protestant accent.

The Irish Independent reported on Tuesday that Michael Flatley admitted he was “over the moon” after clinching best actor honours at the Monaco film festival where Blackbird received its debut after production and pandemic-related delays.

The Chicago-born dancer – who leapt to global stardom first with Riverdance and then with Lord of the Dance – said he wanted the Caribbean-based film to be his personal homage to old Hollywood and the golden era of thrillers, the Independent said.

The movie has a Casablanca feel to it, rather retro and a good old-fashioned romp. I was particularly taken by the artful décolletage throughout and the Frank Sinatra numbers, but that’s just me.

Speaking on stage after the screening, Michael described the hectic days of Riverdance. “This was the first opportunity to take my time.”

“I was 35 years-old when I first performed Riverdance. It’s a long time to wait for the train,” he said.

When he was a schoolboy he could be a bit of a dreamer. “But the things I was dreaming about are the things I’m doing now,” he said.

“I grew up on Gary Cooper, James Cagney and so on I’m old-fashioned. The good guy gets the girl.”

Michael, who is now a Monaco resident, spent 25 years touring the world with Riverdance, until, after the last show in Las Vegas in 2016, his mother told him he should make a movie. Dress smart, no bad language, she stipulated. She died later that year.

He thought about a dance film, but decided that would be too predictable.

“Avoid negativity. Believe in yourself.” 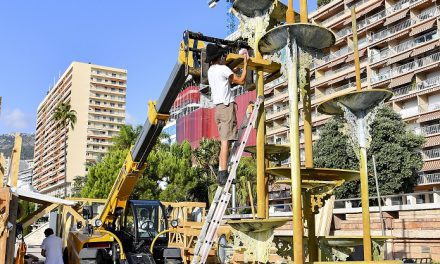 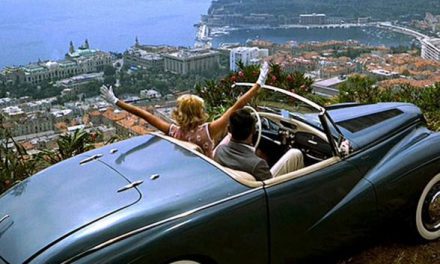 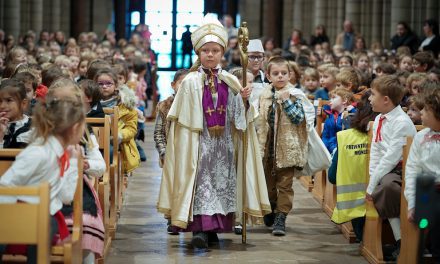