Between the Rock and a hot Place

Several scores of demonstrators, possibly as many as 200, were blocked from marching to the National Council building on the Rock on a very warm Wednesday afternoon, with police officers standing in their way on the ramp from Place d’Armes.

Surprised by the authorities’ action, union leader Olivier Cardot seized the moment to say over a megaphone: “This is war, nothing more, nothing less.”

The trade unionists are opposed to new rules that allow employers to adjust working hours according to changing economic circumstances and changes in the nature of the business. The law allows working hours to be reduced to as few as five per day during a low season, and increased to as many as 43 hours per week in a high season.

Stéphane Valeri, President of the National Council, favours the change, pointing out that nothing can change without the consent of employees and a secret ballot in the workplace.

The Government issued a press statement in the late afternoon explaining its decision to block the marchers: “Fully respectful of the constitutional right to demonstrate, the Prince’s Government informed them on June 29, during a meeting chaired by the Minister of State, which it did not intend to prohibit, as a matter of principle, a demonstration but it would be considered inopportune and not very respectful of the institutions for a gathering outside the National Council while a legislative session was being held at the same time.”

The Rock, which houses not only the Prince’s Palace but is also the seat of Government, should not be targeted by demonstrators, the Government believes. 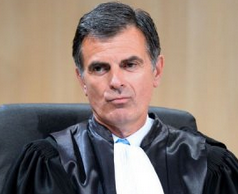