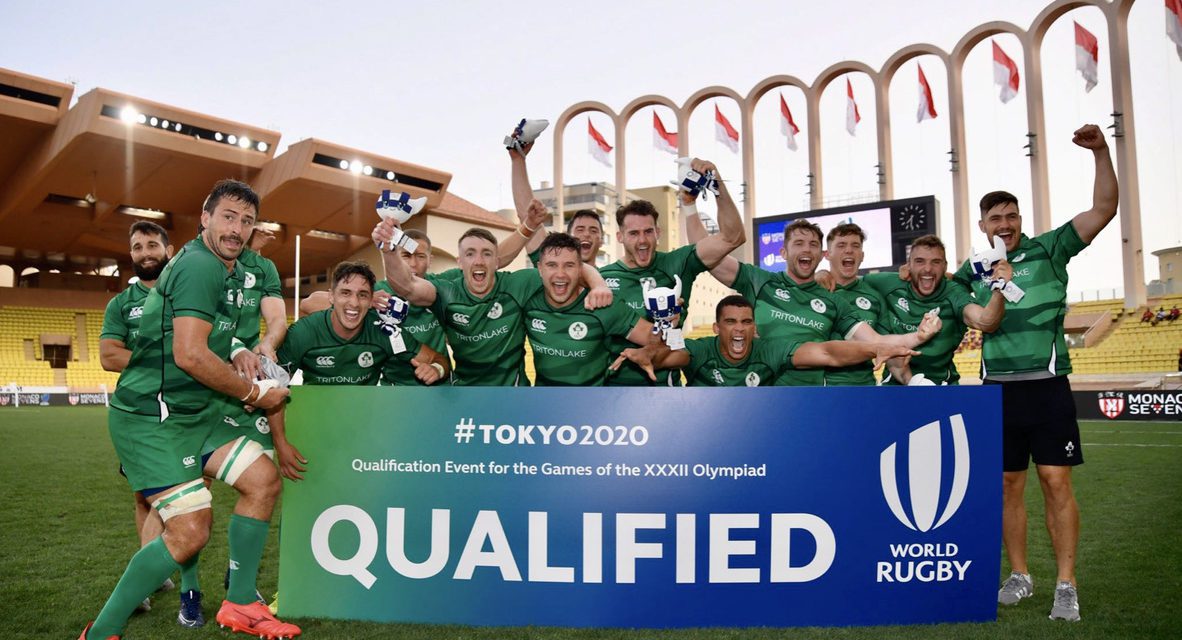 All eyes were on Stade Louis II on Sunday, June 20, as the World Rugby Sevens Repechage drew to a suspenseful close. Men and women from a wide range of international teams battled it out on the previous day in the hopes of reaching, and winning the competition’s final in order to secure the last remaining spots at the Tokyo Olympic Games this summer.

Both the men’s and women’s French teams put in a big shift on Saturday, June 19, beating every team that crossed their respective paths and earning and as a result of that, becoming the competition’s favourites to win. On the final day, only the France, Hong Kong, Ireland and Samoa men’s teams remained in contention for the only remaining men’s place.

Some spectators at the Monegasque stadium may have been surprised to see that it would be the Irish who packed the biggest punch, as they knocked France out with a shock 28-19 result. It wasn’t all smooth sailing for this sevens side, though, as Ireland had to overcome a 7-12 deficit at halftime.

After a thrilling men’s final showcasing the very best of rugby sevens, Anthony Eddy’s Irish side booked their tickets to Tokyo. This will be the first time that Ireland will compete in the Olympic Men’s Rugby Sevens competition.

The France women’s team faired better than their male compatriots, as they secured one of two remaining places at the Olympic Women’s Rugby Sevens competition, having blown out Hong Kong 51-0 in their qualifying final.

The Russia women’s team also landed a deserved place at the summer games for the first time in their history, as they beat Kazakhstan 38-0.

To keep up with the Tokyo Olympic Games, head over to the official website here.