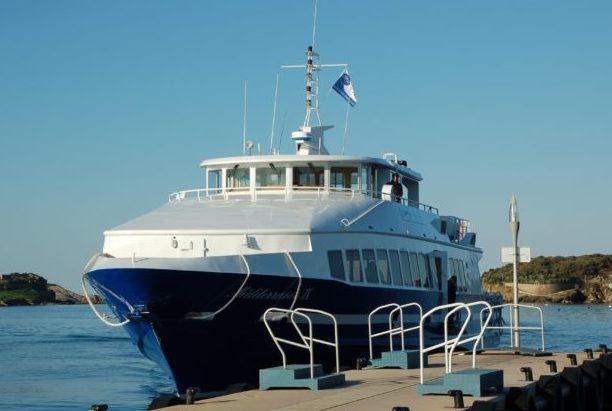 After years of discussions, a maritime shuttle service between Nice and Monaco will start in August.

The Monaco Government has backed the concept enthusiastically, as the sea shuttles will help reduce road and highway congestion, especially for commuters, although tourists are expected to use the service in off-peak hours. The city of Nice has also strongly supported the idea.

At first the vessels will be hybrid, but the aim is to make them all-electric or hydrogen-powered as soon as possible. There is also no lack of ambition in terms of the schedule, with 34 arrivals and departures every day.

The service will run from Port Lympia in Nice to Cap d’Ail, and will run every 30 minutes during peak hours and hourly during the rest of the day. Travel time will be 35 minutes.

Fares have not yet been finalised, but will be “attractive,” the Nice Town Hall said.

FILE PHOTO: Shuttle boats may be similar to those that operate from Hyères to the Porquerolles islands just off the coast in the Var