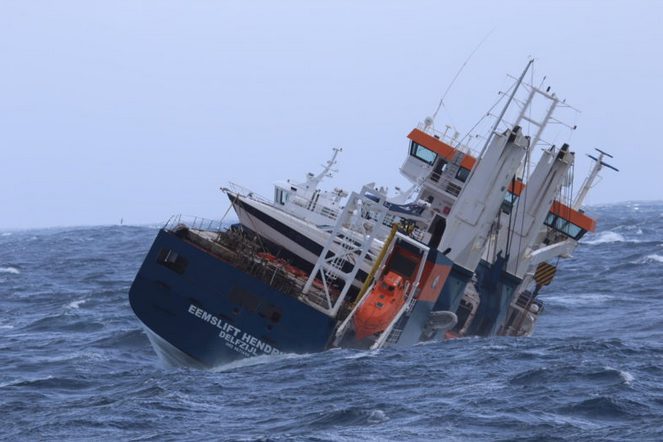 A salvage team contracted by the Norwegian government has successfully boarded the Eemslift Hendrika yacht transporter that earlier in the week encountered severe difficulties in the North Sea, forcing her crew to abandon ship.

The rescue drew board the vessel from a helicopter late on April 7. On Wednesday afternoon the ship had been drifting towards the rugged coastline at about 1.5 knots, the Norwegian Coastal Administration said. A major concern was a spill from the 350 tonnes of heavy oil and 50 tonnes of diesel onboard.

The ship lost several smaller vessels from its deck during the storm, but the biggest of these, a conspicuous green workboat valued at 6.6 million euros, was also retrieved some distance away.