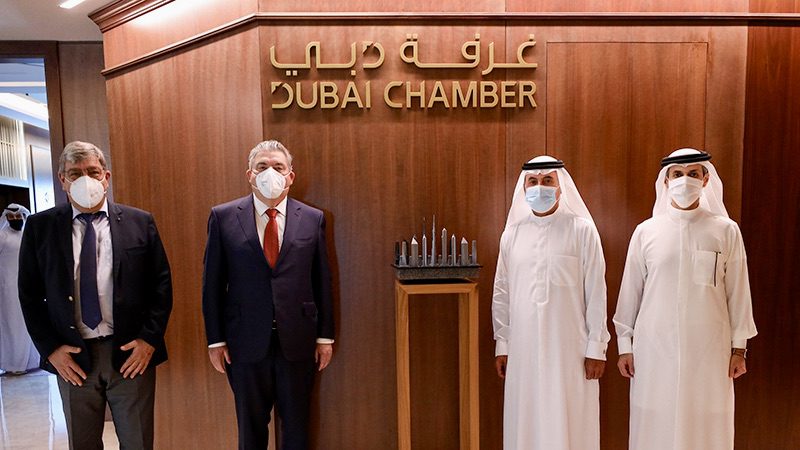 On Monday, March 29, a delegation from Monaco met with Dubai’s Chamber of Commerce to discuss investment opportunities and to enhance bi-lateral relations.

Leading the Monegasque delegation was the Principality’s Minister of State, Pierre Dartout, who visited the Dubai Chamber headquarters in the UAE. On the table throughout the meeting was the question of how to best enhance business and trade between Dubai and Monaco, as a delayed Expo 2020 looms.

The two communities share a large number of synergies, the most noticeable of which being that they both host high net-worth individuals in the most luxurious of environments. During the meeting, Dartout pointed out that Dubai is seen as a successful case study for the world to learn from, in terms of rapid development.

“Dubai is a leading global destination for doing business and it offers an inspiring model in supporting the business community,” said Dartout, before adding that “we are extremely keen to cooperate with Dubai Chamber, which is the official partner of the Expo2020, to expand our network of relations around the world.”

Featured image: Minister of State Pierre Dartout at the Dubai Chamber on Monday