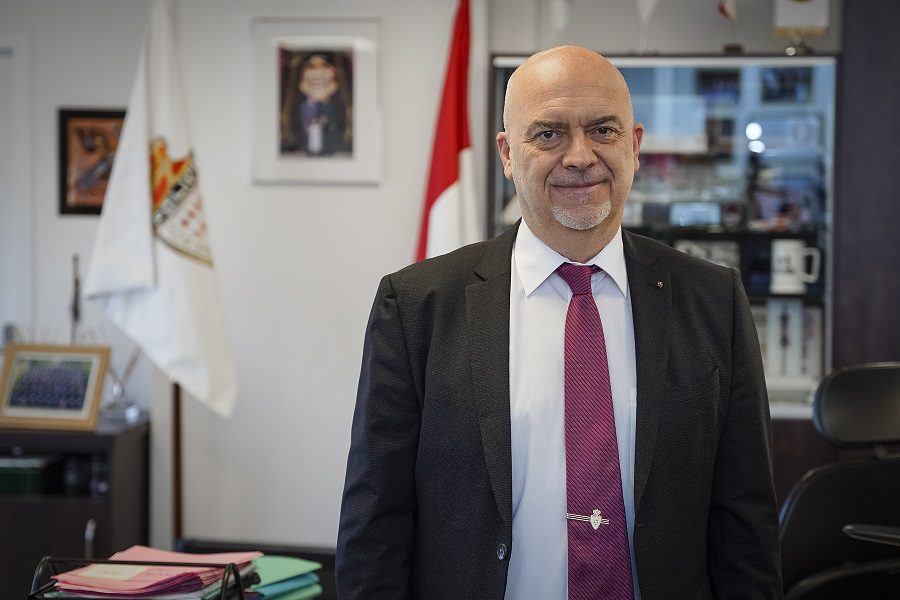 As the first Director of Public Security of Monegasque nationality, this promotion to Comptroller General is a mark of recognition of the work he has accomplished at the head of the police department for more than five years, notably through major structural reforms, the most ambitious of which was recently completed with a comprehensive overhaul plan, called “Public Security 2020,” the Government said.

Assigned to the public highway groups, then to the anti-narcotics unit, he was also responsible for the protection of VIPs. In 1995, he competed for the rank of Principal Inspector, which he obtained, while already serving for a year as Head of the Private Secretary to the Director at the time. Four years later, he was appointed to the rank of Chief Inspector.

Richard Marangoni was called to a new post in 2001, being appointed as Deputy Head of the Administration and Training Division. In September 2006, he was chosen to join France’s National Police School in Saint-Cyr-au-Mont-d’Or, in the Lyon metropolis.

The first Monegasque police officer to follow the two full years of training, like his French counterparts, he was, when he left this school, officially appointed Police Commissioner. On his return in 2008, he returned to the management of the Administration and Training Division. Three years later he became the boss of all uniformed police officers, taking over as head of the Urban Police Division, a division in which he had started his career.

In 2012, he was promoted to the rank of Chief Commissioner. In October 2012, while assuming his duties as Head of the Urban Police Division, he served for six months as Acting Director of Public Security.