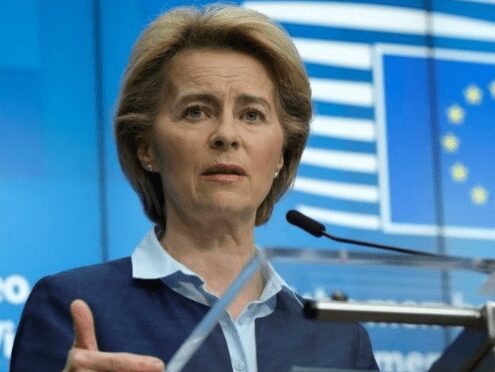 News on Wednesday evening that a third Spanish recipient of the AstraZeneca vaccine has died from a blood clot underlines the gravity of the crisis facing Europe’s shambolic coronavirus vaccine rollout. As Europe faces what European Commission President Ursula von der Leyen called “the crisis of the century,” public confidence in the Anglo-Swedish vaccine has fallen to a low from which it may not recover.

Ironically, the EU has threatened to stop exports of the Pfizer vaccine to the UK unless AstraZeneca increases its supplies to the continent. Of 180 million doses on order in Europe, only 70 million are likely to arrive before the end of April.

The Paris region is poised to go into a weekend lockdown, a move that the president of the Ile de France region has supported. Valérie Pécresse said on Wednesday that a weekend lockdown is certainly a painful prospect, but less so than a total lockdown. She called for a “real acceleration” in the vaccination program.

An announcement on weekend lockdowns is expected on Thursday.

In Germany the infection rate has risen to 88.8 cases per 100,000, far above the government’s interim target of 50. Within the two weeks to Easter the number of new cases is expected to triple from 13,435 reported on Wednesday by the Robert Koch Institute to 30,000 or even 40,000. There were 250 coronavirus-linked deaths on Wednesday. Health spokesman for the Social Democrats Karl Lauterbach said that the number of blood clots linked to AstraZeneca amount to 0.0005 percent of the total number vaccinated and it would have been advisable to continue the vaccination campaign.

No AstraZeneca vaccine has been used in Monaco, although when the 7,200 doses arrive through the Covax program there may be AstraZeneca doses among them.

The last available data, from Thursday, March 11, showed that 22.7 percent of the population had received a first jab and 90.6 percent of those the second. Fewer than 200 Monaco residents were inoculated in the previous seven days. The Government announces each week’s inoculation data on Friday.

Meanwhile, more than 25 million people in the UK have received their first dose of a coronavirus vaccine. This amounts to more than 48 percent of the adult population.

However, a bottleneck in vaccine supplies during April is likely to mean that the jabbing program will slow, with emphasis being placed on providing a second jab to those who had their first several weeks previously.