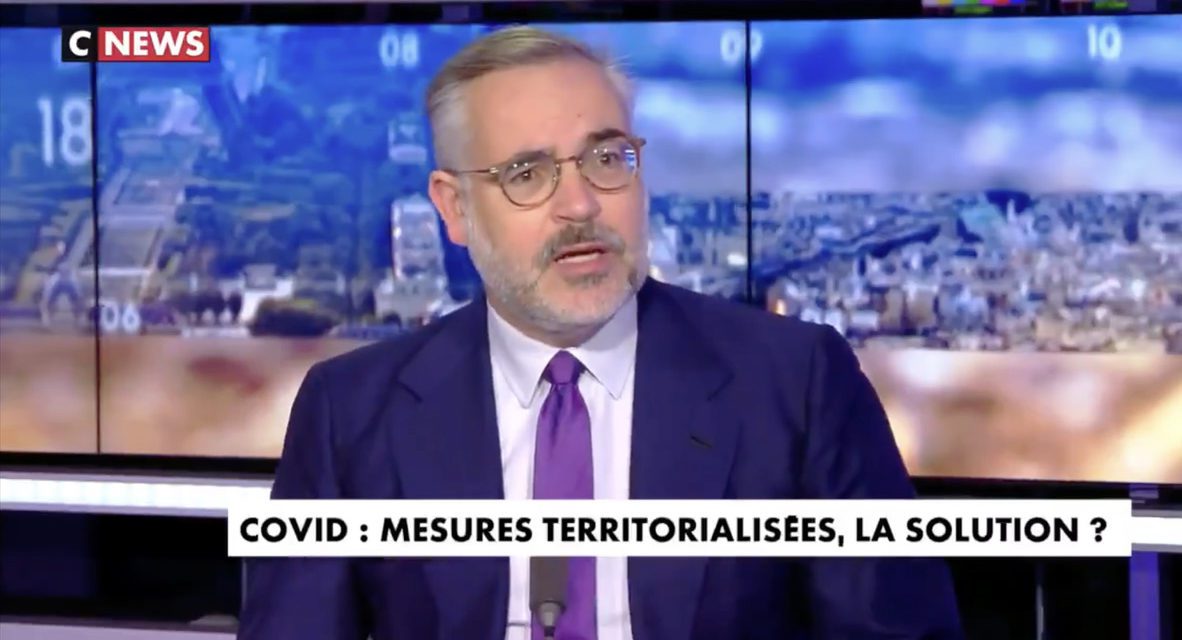 In an unusual turn of events the Monegasque government took to Twitter to call out C-NEWS reporter Guillaume Bigot for sharing fake news about the Principality’s coronavirus situation. Bigot made several bold and incorrect claims amid a nationally televised debate regarding the latest implementation of a weekend confinement in the Alpes-Maritimes.

Bigot entered a 30-second long monologue, in which he stated that every coronavirus patient requiring intensive care has been transferred from Monaco to two hospitals in Nice. He added that even with Monaco’s respectively large representation of French and Italian employees, the country’s restaurants remain open to all.

It did not take long for Monaco’s government to respond to the false claims, and to re-establish the truth:

The tweet detailed the reality of the situation, stating that “In one year, only one patient was transferred to the Alpes-Maritimes,” and adding that “Of the 12 patients in the process of healing at the Princess Grace Hospital, six are residents of France.” In response to the restaurant falsity, the government made clear that restaurants had been closed to those outside of Monaco since January 2, 2021. The twitter thread ended on a positive note: “Monaco is proud to be able to show solidarity with the neighbouring and friendly country.”

Bigot wasted little time in publicly responding on the platform:

Bigot’s tweet reads: “I am by no means a fan of FAKE NEWS, Mea culpa if I was wrong. My sources were clearly misinformed or ill-intentioned.”

Currently, 30 Monaco residents are receiving in-patient treatment at the Princess Grace Hospital. Meanwhile, a further 24 patients from the hospital’s surrounding catchment area are also being treated, six of whom are in intensive care.

Featured image: a snapshot of Guillaume Bigot on CNEWS