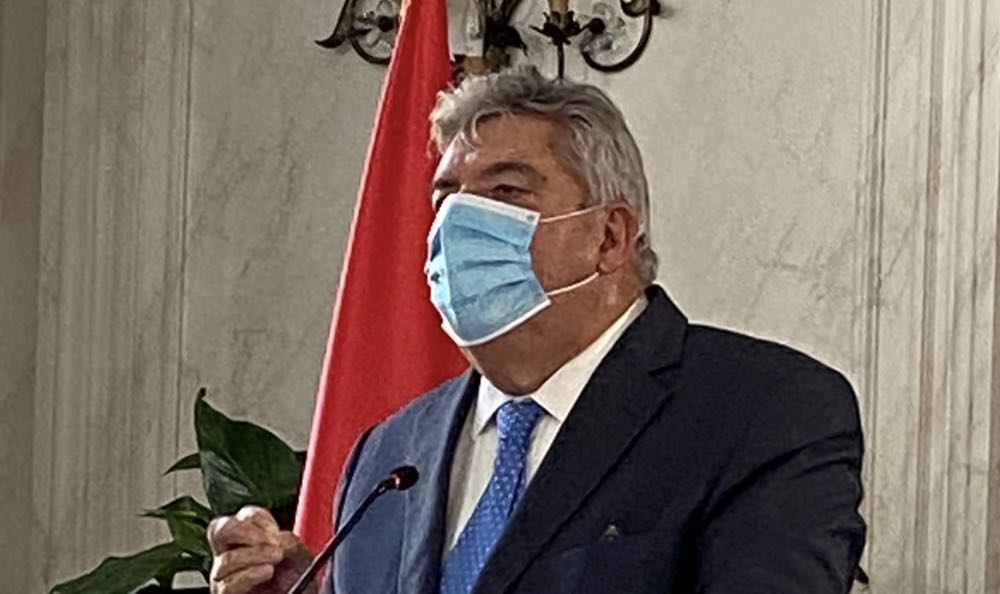 Minister of State Pierre Dartout has raised the prospect of a “new confinement” in the Principality.

Three Monaco residents died after contracting coronavirus in 2020, while 16 have died in 2021, most of them within the last 10 days.

Mr Dartout said: “Since the start of the week, the epidemic situation in the Principality has worsened significantly.”

Announcing that from this Monday, February 8, home-working will become compulsory, he added, in a literal translation from the French: “The situation is serious. If we do not succeed today with these measures in changing these behaviours, next time it is not excluded that it will be confinement.”

Other rule changes are: In stores, the quota of 4 m2 per customer has been iincreased to 6 m2 per customer; Outdoor gatherings of more than six people are prohibited, compared to ten people previously; There will be no more need for a prescription to do a PCR test, just make an appointment via the call centre dedicated to coronavirus at 92.05.55.00.

The government is also recommending that stores, especially large retailers, open earlier, and it recommends limiting the number to two people per cart for shopping in supermarkets.

Foreign nationals entering Monegasque territory must present a negative PCR test of less than 72 hours. This new rule does not apply to French citizens, nor to schoolchildren, workers and students.

In France at the weekend, Prime Minister Jean Castex said: “Teleworking is a very powerful lever that we are not using enough.” he said it was “imperative” to work from home wherever possible.