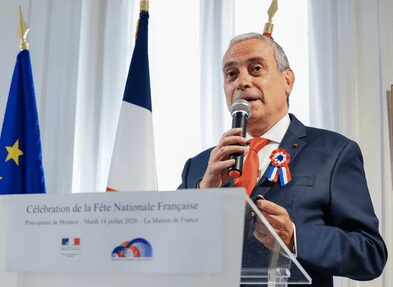 The Ambassador of France in the Principality, Laurent Stefanini, has said that the travel restrictions imposed on Monaco residents will be “evaluated.”

Last weekend, the French authorities stipulated that Monaco residents would be limited to travel in France within 30 kilometres of the Principality. Beyond that, a recent negative coronavirus test result was required, plus there had to be an “imperative reason” for travel.

Since many Monaco residents travel to ski stations and second homes beyond the 30-kilometre limit this ruling will cause considerable inconvenience, especially since the winter holidays are starting.

Ambassador Stefanini said that the rules relating to Monaco also apply to the nationals of other countries bordering France. However, he said he would report to Paris on the matter in the context of Monaco’s especially close relationship with France.

He said on Wednesday, February 3: “The idea is to limit the movement of people as much as possible. It is embarrassing for everyone, but we must show civic spirit by postponing travel for fun until later and circulating as little as possible for us to have a better spring than winter.”

A number of Monaco residents have said that they may hire French-registered cars to make longer trips into France.