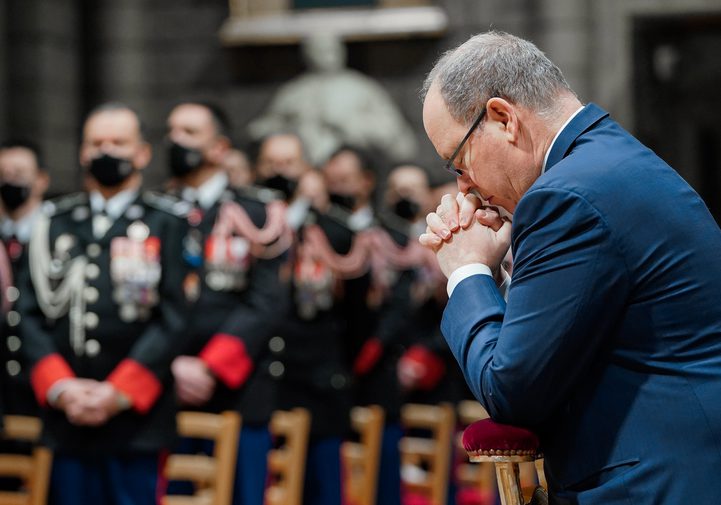 The traditional ceremony commemorating Saint Sebastian, Patron Saint of the Prince’s Carabinieri, was held on Wednesday morning in the presence of HSH the Sovereign Prince.

The Solemn Mass, conducted by Monsignor Dominique-Marie David, Archbishop of Monaco, was concelebrated in the Cathedral of Monaco by Abbot Guillaume Paris, Vicar General, Abbot Daniel Deltreuil, Parish Priest of the Cathedral and Christian Venard, Military Chaplain of the Force Publique.

During the service the Orchester des Carabiniers, led by Major Olivier Dréan, performed the traditional music of Saint Sebastian.