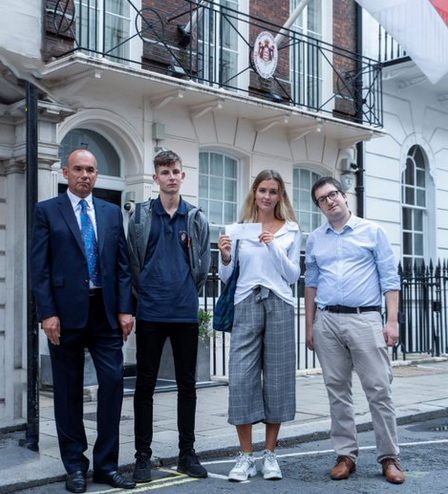 Despite an international outcry, Jonathan Taylor, the lawyer who blew the whistle on corrupt practices at SBM Offshore in Monaco, remains the target of an Interpol Red Notice issued by Monaco.

In the latest development, on December 31 the Dubrovnik County Court upheld its original decision to extradite Jonathan to Monaco.

The responses were as expected and confirmed in the latest Dubrovnik County Court judgement. The UK is not seeking his surrender as he is not facing any prosecution or sentence in the UK and Monaco gave assurances as to the fact that he wouldn’t be subject to capital punishment or torture should he be extradited to the Principality.

Jonathan’s wife Cindy told NEWS.MC that it is notable that the assurance obtained from the Monaco authorities and seen by his lawyers does not guarantee that he would be subject to a fair trial under Article 6 of the European Convention on Human Rights.

The judgement contains no consideration as to his Whistleblower status and in particular the landmark EU Directive on whistleblowers.

The fact that the request for his extradition is not a request arising from there being an outstanding trial for him in Monaco or a sentence to serve in the Principality; rather it is for interrogation and crucially, therefore, does not constitute a valid extradition request, according to Mr Taylor’s lawyers.

The Interpol website clearly states: “Red Notices are issued for fugitives wanted either for prosecution or to serve a sentence. This follows judicial proceedings in the country issuing the request. This is not always the home country of the individual, but the country where the crime was committed.”

It is also noteworthy that war criminals, drug barons, rapists, child abusers, murderers and armed robbers are, according to Interpol, more typical recipients of red notices; not whistleblowers reporting bribery related crimes committed in the very jurisdiction that is seeking his extradition, whilst the bribers remain at large and uninvestigated.

Ludovic Leclerc, the investigating judge in Monaco, wrote to Jonathan’s French advocate, William Bourdon towards the end of 2020 with a provisional schedule that was never executed but makes clear reference to the fact that upon his arrival in Monaco he would have been charged on December 17 and “heard in a second stage for his explanation” on December 29.

In other words no trial was scheduled and there was no sentence to serve, merely an investigation on a charge of attempted extortion which has already been dismissed by the Monaco Correctional Court in June 2018. This charge arose from a complaint made to the Monegasque Public Prosecutor by his former employer, a complaint that SBM Offshore claims to have withdrawn “years ago.”

Mr Taylor did not travel to Monaco in December because he was not free to leave Croatia as the Interpol Red Notice had not been lifted.

One hundred and sixty-seven (167) days after his arrival in Dubrovnik on a seven-day holiday, Jonathan Taylor remain indefinitely detained in Croatia against his will with no end in sight. He will be appealing the Dubrovnik Court’s decision.

Following an emergency debate in the House of Commons and widespread publicity for Mr Taylor’s case, Mrs Taylor contacted the Monaco Embassy in London requesting a meeting with the Ambassador to discuss her husband’s plight.

Mrs Taylor was told that the embassy could not interfere in the legal process.