AS Monaco fight back for a draw against Saint-Étienne 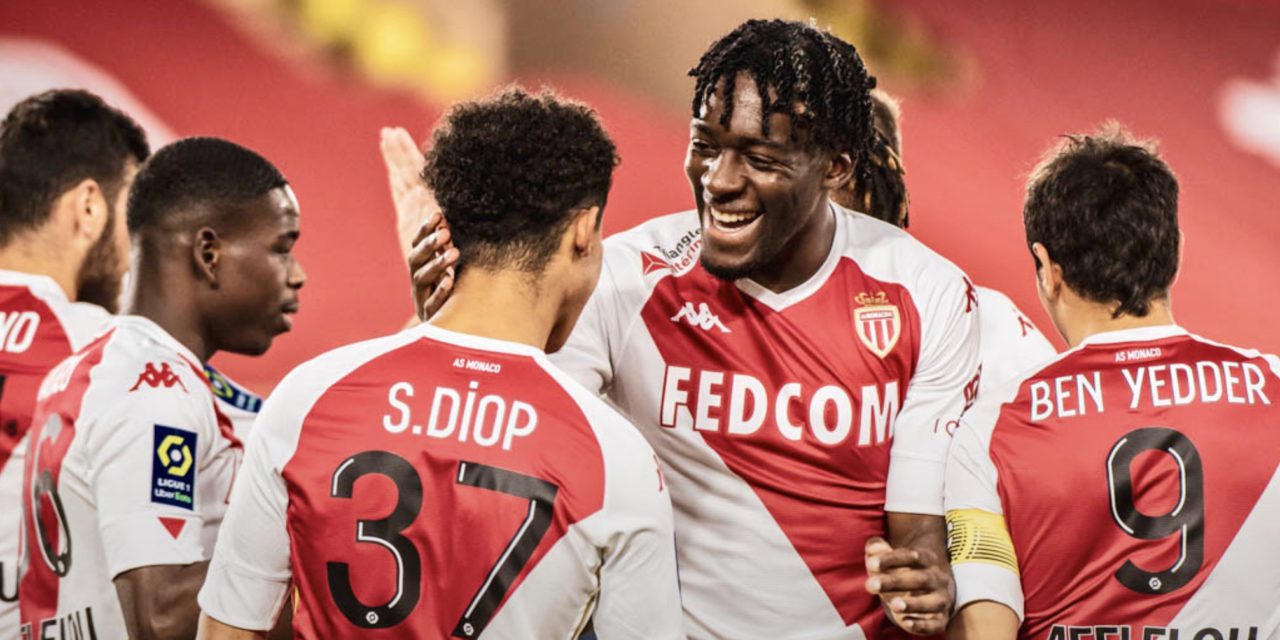 For the last match of an eventful 2020, AS Monaco welcomed Ligue 1 rivals Saint-Étienne to Stade Louis II. Monaco’s Head Coach Niko Kovac only made two changes to the starting line up for the match, including the return of Axel Disasi to the defensive line. The other change-out came in the form of Youssouf Fofana, who was replaced by Eliot Matazo in his first appearance for the club since graduating from its Academy program.

Both sides started strong after kick-off, while ‘Les Verts‘ claimed a couple of corners in the first few minutes, it would be Monaco making the first impact on the scoreline. In just the seventh minute of play, team captain Wissam Ben Yedder made an aerial pass to Monaco midfielder Sofiane Diop. The youngster followed up with a fine touch to avoid incoming opposition goalie Jessy Moulin before finding the back of the net for the fourth time this season.

This great early goal was then equalled by St-Étienne at the 21st minute. Les Verts were awarded a corner kick which was skilfully taken before the ball was projected into the back of Vito Mannone’s net by Mathieu Debuchy’s head from just six metres out. Not satisfied with just an equaliser, the visitors continued to press upfield, and what followed was certainly not what Kovac would have hoped for.

St-Étienne’s Denis Bouanga received the ball in Monaco’s box and fell to the floor after a brush with a defending Guillermo Maripán, and with the drop of a hat, the referee pointed to the penalty spot. Bouanga went on to convert the penalty and brought his team to a 1-2 lead at the 29th minute. Then just minutes later, Matazo had a nightmare. The youngster’s foot fell on the ankle of Bouanga, as the opposing striker made an attempt at intercepting a pass. Within moments, Matazo received his red card and with that, the red and white squad was brought down to 10 men at the 35th minute.

It seemed that Monaco were not satisfied by this declining first half, and returned to the pitch with a renewed focus for a better second half. This focus did not take long to bare positive results, as a clearance by Mannone was well received by Ben Yedder, who in turn passed the ball to Gelson Martins. The midfielder bested two defenders, before lining the ball up to Kevin Volland. The German striker wasted no time in finishing, and with that scored his seventh goal of the season and an all important equaliser at the 48th minute.

With the scoreline level and the majority of the second half to go, both sides tightened up. Except, with one more player compared to Monaco, Les Verts had the advantage. The visitors took more shots, made more passes and held most of the possession over the ball, but the red and white defensive line stayed strong. Mannone remained composed between the posts too, and just as well, as the Italian goalie had to make many a sweaty saves and with a sharp degree of success as well. St-Étienne pushed hard right up until the final whistle, but Monaco held on for the draw, despite being outnumbered for so long.

Considering how the match played out, a draw was a welcome result. Monaco took just two shots and scored both times, while the visitors couldn’t better that with 18 attempts on goal. With a performance to be proud of, the Principality side ends the year in sixth place on the Ligue 1 table, and will surely be keen to make a climb when they visit Lorient on January 6.