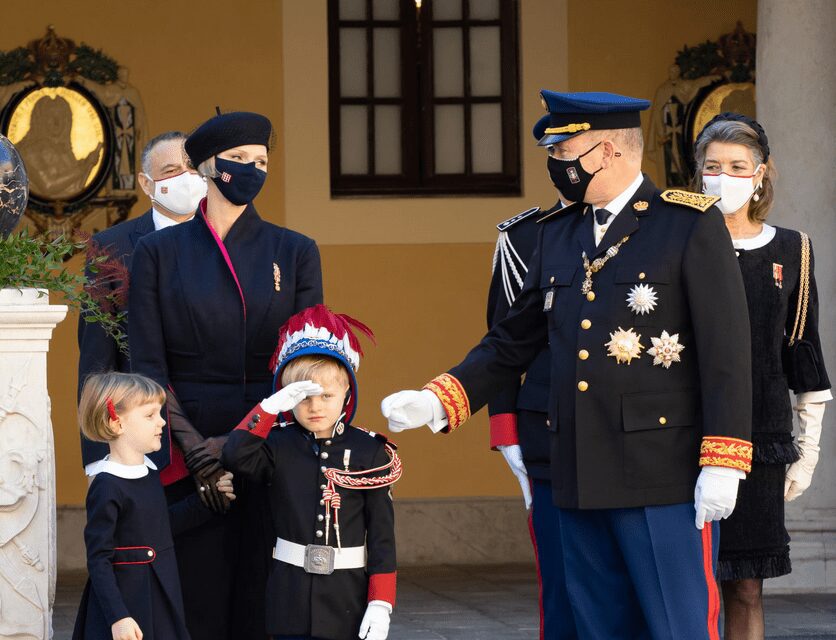 The traditional celebrations for Monaco’s National Day took place on Thursday, November 19, with many members of the Sovereign’s extended family in attendance on the Principality’s most important day.

It was the Prince’s immediate family who were very much at the centre of attention, garnering a great deal of positive comments and compliments on social media.

If the stars of the show have to be named, it must be Hereditary Prince Jacques, alongside sister Princess Gabriella, six years old next month.

The young Prince, resplendent in uniform just like his father’s, joined in to take the salute with appropriate solemnity, adding to the poignancy of the ceremony, taking place at an extraordinary time.

At 10:00 the traditional Te Deum mass at Monaco’s cathedral was attended by half the usual number of dignitaries and other leading members of the community in order to maintain social distancing rules.

The day finished with the long-planned concert during which Cécilia Bartoli and the Prince’s Musicians performed in front of a reduced audience of 500 guests at the Grimaldi Forum.