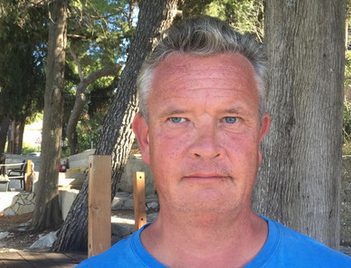 The family and supporters of Jonathan Taylor, the former SBM Offshore employee facing criminal charges in Monaco, have welcomed last week’s Supreme Court decision in Croatia to revoke a first-instance court decision to extradite him to the Principality.

However, the case must now return to the court in Dubrovnik, where Mr Taylor was arrested on an Interpol warrant as he arrived to start a holiday with his family three months ago.

Monaco issued the warrant in March this year, although the original complainant in the case, SBM Offshore, told NEWS.MC that it no longer has an interest in pursuing Mr Taylor, an ex-employee whose whistle-blowing resulted in the Dutch-owned company paying out $800 million in penalties in several jurisdictions.

Mr Taylor blew the whistle on a $275 million international network of bribes paid by SBM Offshore and later asked the company for a seven-figure sum as compensation for unfair dismissal, which SBM Offshore rejected.

The MFRR statement, signed by 15 organisations including Transparency International, said: “Notwithstanding the evidence of wrongdoing available to the authorities in Monaco where SBM Offshore is headquartered, the company has never been investigated for wrongdoing in that country. Instead, the Monegasque authorities accepted, and have continued for six years to pursue, a criminal complaint filed in 2014 against Jonathan Taylor by SBM Offshore accusing him of bribery and corruption. Despite the case being rejected by a Monegasque court two years ago it was resurrected, and earlier this year Monaco requested an Interpol Red Notice which resulted in Jonathan Taylor’s arrest at Dubrovnik Airport on 31 July 2020 just as he arrived for a short holiday with his family.”

MFRR went on to say that the case against Jonathan Taylor is yet another example of how the Interpol red notice system can be abused to target and intimidate whistleblowers, journalists, and other essential public watchdogs.