Monaco comes to aid of neighbours 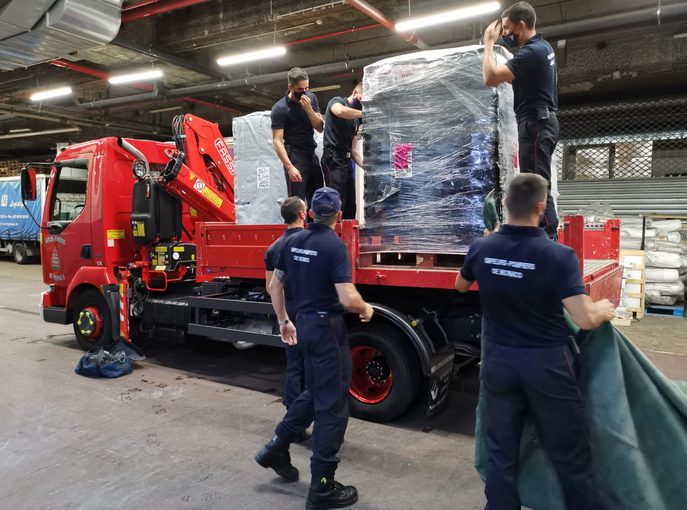 As France continues to count the human cost of Storm Alex that hit the region with devastating floods on Friday, Monaco has come to the aid of its neighbours in several ways.

As early as Saturday morning the Government decided to send a first tranche of aid to the Alpes-Maritimes to support relief efforts and to help in eventual reconstruction.

Monaco firefighters were placed on standby to help in pumping and clearing operations, while on Sunday two detachments comprising eight vehicles left the Principality with 14 tonnes of bottled water, eight tonnes for Carros and six tomes for the commune of Breil.

The Principality has also placed a detachment at readiness for drone reconnaissance missions if France calls upon it.

On Sunday evening, two bodies had been found and a further 21 people are missing.

The Prefect of the Alpes-Maritimes, Bernard Gonzalez, said on Sunday evening that the Department had suffered “a meteorological bombardment.” Prime Minister Jean Castex is expected to declare a national disaster.

The Italian province of Liguria was also badly-affected, with serious flooding in Ventimiglia and several people are reported missing.