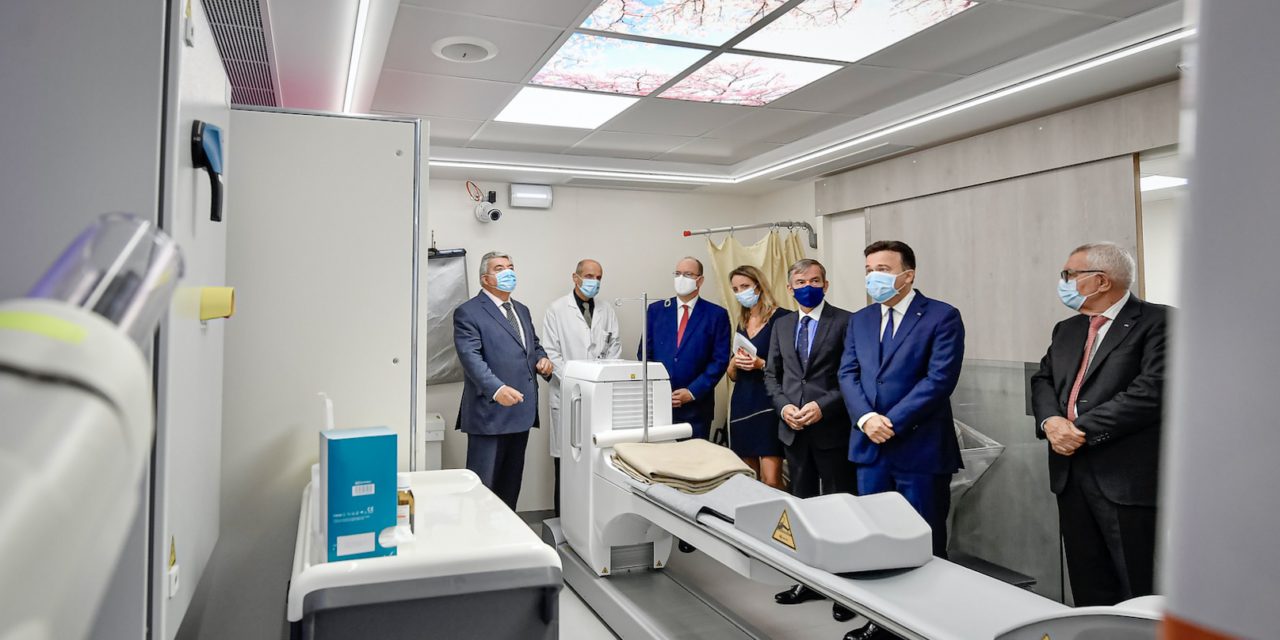 The Princess Grace Hospital Centre’s new nuclear medicine service was inaugurated on September 28 by HSH Prince Albert and in the presence of other principle personalities including Minister of State Pierre Dartout and the President of the National Council, Stephane Valeri.

The establishment of this high performance nuclear medicine service follows three years of hard work as a part of the regional care strategy. This new technological platform boasts increasingly sensitive detection equipment and ever-evolving resolution, making it possible to explore and treat a greater number of pathogens.

This technological step forward didn’t come cheap, as it cost 8.2 million euros in total. The funds were raised by the Prince’s Government and through private donations made by the Tabor Foundation to the Fondation des Amis of the CHPG. The nuclear medicine exploration now being offered by the CHPG benefit from full digital support as a result of the nuclear cardiology unit and two new Positron Emission Tomographs (PETs).