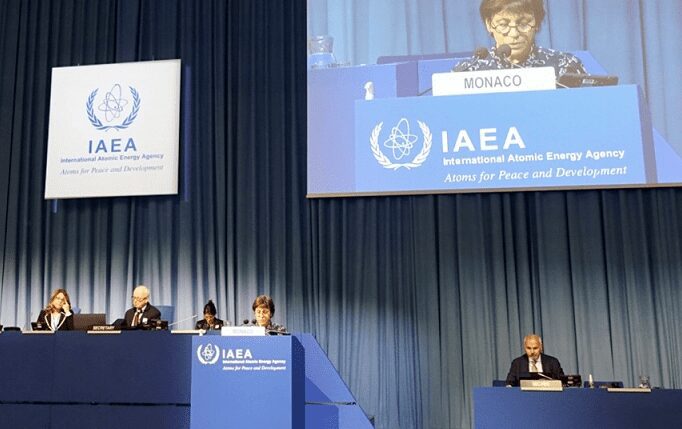 A Monegasque delegation, led by Ms Isabelle Rosabrunetto, Director General of the Department of External Relations and Cooperation, took an active part in the proceedings of the 64th General Conference of the IAEA International Atomic Energy Agency (IAEA) in Vienna, from September 20 to 25, 2020.

The objective of this conference was to set the framework for the work of the IAEA for the coming year and to discuss and adopt resolutions on nuclear safety and security, on strengthening the effectiveness of safeguards and on expanding the Agency’s activities in science and technology.

In her address to the plenary session, Ms Rosabrunetto congratulated the Agency for maintaining its activities during the pandemic and expressed the need to strengthen the role of the IAEA in the development of peaceful applications of nuclear energy, in particular in the service of the protection of the planet and world health.

The Principality has hosted IAEA laboratories for nearly 60 years.

On the sidelines of the Conference, the Monegasque delegation took part in several events, including one dedicated to an IAEA initiative, launched in 2019, aimed at increasing access to life-saving care for women in low and middle-income countries, suffering from cancer, in particular those of the breast or cervix.

The Prince’s Government is a partner in this initiative through its support for the PACT programme for the development of cancer therapy.