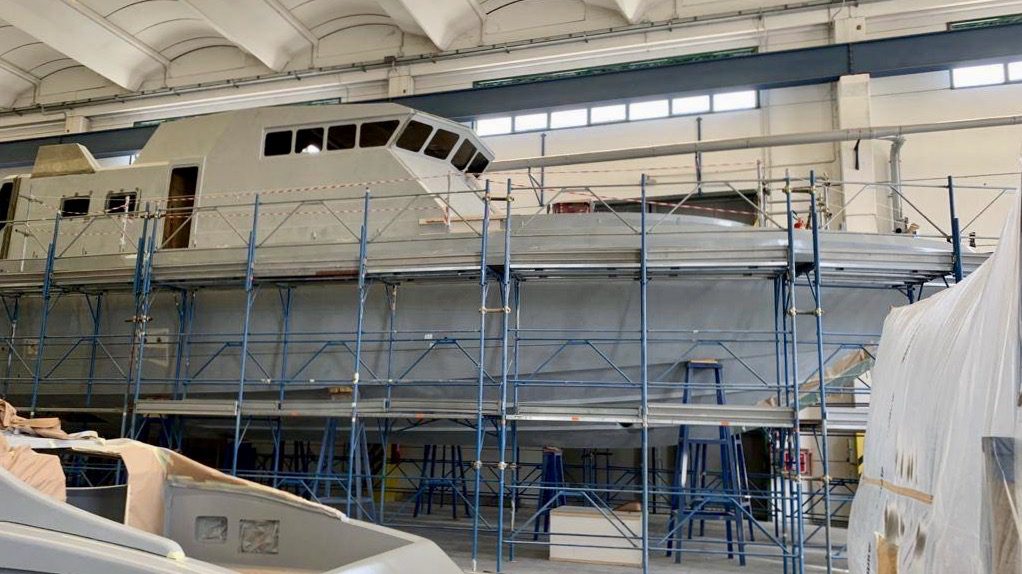 Yet another service boat joins the Monegasque fleet this year, but this time for more specific purposes. The Monegasque Maritime Police will celebrate their 60th birthday in December, an occasion which will be fittingly marked by a hefty addition to their fleet. The 60 tonne vessel will be armed and armoured at the Italian shipyard in Viareggio before her completion and subsequent delivery to the Principality.

The Director of Maritime and Airport Police (DPMA), Isabelle Castelli, was happy to unveil the new sea-going ship to the Minister of State, Pierre Dartout. Detailing every characteristic, Castelli gave a clear overview of what to expect in December.

A marked increase in size is apparent as the future star of the fleet is a whopping 24 metres long and 5.6 metres wide. The upgrades continue ‘under the hood’ as the vessel boasts 1,800 horses, or in other words enough power to get to Ventimiglia in 17 minutes, should one need to.

The most remarkable feature of the sentinel ship will be the Mag 58 machine gun which will be mounted at her bow – an unprecedented choice of equipment on board one of the Principality’s ships. A heavy pressure fire hose, heavyweight crane and an arsenal of technological tweaks and features will also combine to make this the ultimate tool for intervention and Search And Rescue (SAR) at sea.

So be it assistance or intervention, this ship has every eventuality at sea covered. The official date for the vessel’s inauguration has not yet been confirmed and the Princely Family will be in attendance, as is the custom. Until then, the seas will remain safe as the Maritime Police continue to protect the ports of the Principality and its surrounding areas.