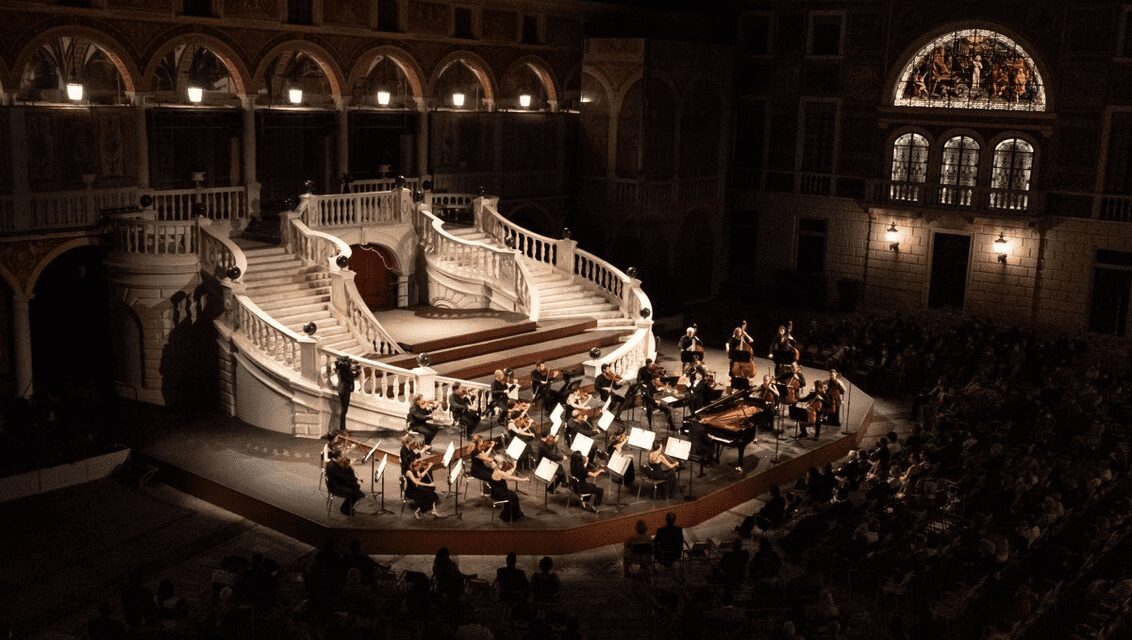 For the first time since the coronavirus pandemic infected the Principality, the Monte-Carlo Philharmonic Orchestra made its return to the Prince’s Palace. On Sunday evening, guests took to their well spaced out seats to enjoy the beautiful sounds produced by conductor Kazuki Yamada and his company.

As was the case with spectators, musicians played at a slight distance between one another. The orchestra was also formed of a much smaller group In order to comply with the strict coronavirus restrictions that we’re all now so familiar with. This reduced capacity resulted in what would not be considered a grand orchestra but one comprised of string instruments only.

Despite operating in smaller numbers, Yamada and his ensemble succeeded in charming the guests of the Palace with the sounds of Mozart and Schönberg. Towards the end of the concert, an unexpected explosion of fireworks interrupted the performance and ground the sweet sound of the symphony to a halt. The fireworks in question were set off from a private party in the neighbouring town of Cap-d’Ail. Once the guests had made their way from the Palace courtyard, the orchestra returned to their places and completed their concert in front of the many cameras of channels such as Mezzo, to be broadcast at a later date.